Founded in 1785, the General Journal of Europe (JGDE) is a reference publication for political, economic and cultural society. Led notably by Pierre Henri Hélène Tondu, a French Voltairian who became the first Minister of Foreign Affairs of the French Republic, the JGDE perfectly illustrates the Enlightenment movement.

The General Journal of Europe (JGDE ”Journal Général de L’Europe”) has always taken particular care of offering its readers the serenity of reflection and the quality of its documentation. It strives to promote confrontations between specialists from various disciplines and to generate new points of views on Europe, its Institutions, the society or the world. From politics to culture, from trade unionism to economy, from sociology to the history of ideas, topics are a reflection of the concerns of our time, thus creating a forum for debate on key issues in the news.

All of these collections focus on the contest of “great signatures” (men and women of State, commissioners, parliamentarians, presidents of public and private companies, presidents of associations, professional federations, public, scientific, financial, etc.). It is aimed at all European decision-makers and stakeholders: European institutions, European companies and organizations, but also to all the citizens of Europe.

The General Journal of Europe ( JGDE “Journal Général de l’Europe”) publish weekly newsletter, Official European File ( OEF) including editorial contributions both from public institutions and the private sector. We publish six issues a year, realized in collaboration with the European Commission, the European Parliament and Country members.
We cover a variety of subjects at a European level like : Finance, Energy, Environment, Digital, Health, Internal Market, Country Members, European Region, Security,…
Each issue deals with current European policies, and is a real working tool for European MEPs, Administrators, Head of Cabinets and Commissioners. For contributors from the private sector it is a great opportunity to appear alongside top European decision-makers and present their approach or solutions on the given subject. 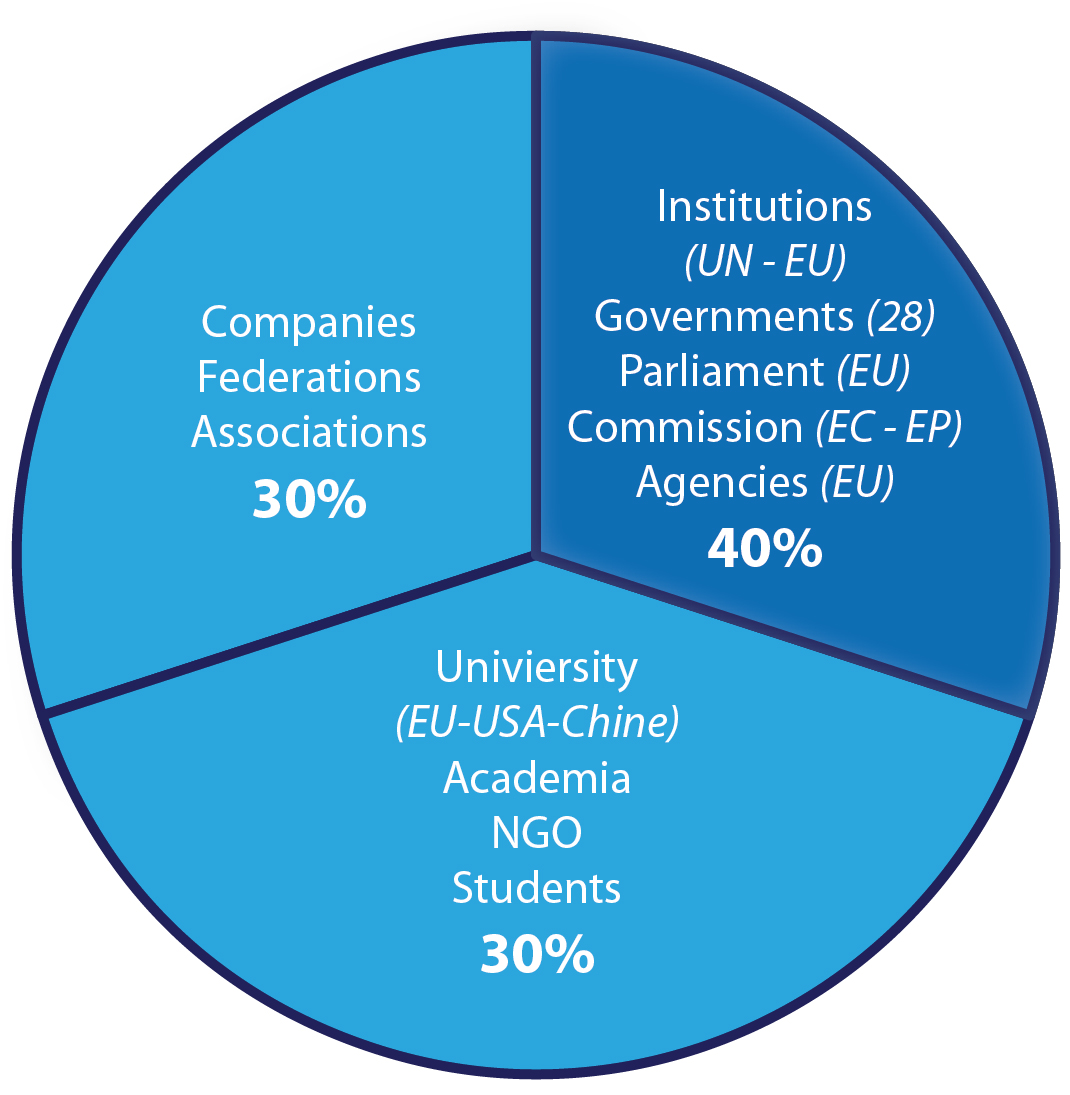 The Official European File (OEF) is published in English & French, in hard copy as well as online version. We publish around 5000 hard copies, partly distributed throughout the European Institutions and the European governments. We deliver a hard copy to all MEPs and DG’s. The publication also has an important digital presence, via its newsletter, website and social media. The newsletters has no fewer than 20,000 subscribers, the website attracts around 5000 visits a week.
Furthermore, The OEF is distributed to different participating industries, who in turn distribute many copies according to their needs.
Each issue of The OEF is financed by the private sector.

It is possible to order an issue on a specific subject and invite other industrials to participate. For more information, please contact us.

We want to hear from you!