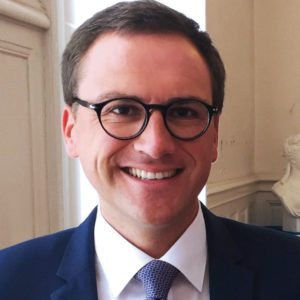 Could you tell us about your missions as General Manager of Villes de France?

Under the authority of the President of Villes de France, the Deputy President and the Board of Directors, my mission is to maintain Ville de France’s network. I ensure the maximum representation of the association with the national public authorities, the Government, the Parliament, European institutions… Our association must be listened to and, as often as possible, heard! I have to create the conditions necessary for the achievement of this objective. I am also very vigilant in ensuring that Villes de France benefits from a real showcase, particularly media-related. I must finally create the conditions for a real service to be rendered to the members of the association. We can be competent counsellors to them, to somehow be of aid in their decision-making; this is also the role of an association of elected representatives.

What are the expectations of your members and the support that you offer them in the face of major national and European issues?

Villes de France builds a strong relationship with its members and carries their messages. The elected representatives we represent appreciate our association’s networking and sharing of their concerns and projects.

The Villes de France ideas lab, made up of 5 working groups, was set up under the impetus of our President a year ago. It is a very useful tool to bring together elected representatives and build positions to uphold. In the same way, our local intelligence meetings make it possible to dive deeper into particular themes and to work out proposal manifestos. It’s one of these local intelligence meetings that led us to propose the establishment of a national program for the revitalization of city centres, a program that provided ample food for thought for the Coeur de Ville plan. Finally, our Congress is an opportunity to give an overview of the major issues that made the news in our communities during the year.

European issues are dealt with by our idea laboratory’s “Europe working group”. Each year, our working group travels to Brussels to defend its positions before European institutions. A study trip to a Member Country makes it possible to discover innovative good practices. In addition, our association communicates on the various calls for European projects and in particular Urbact. The “Europe working group” is the image of our association, a strong proponent of proposals. It is in this spirit that we have registered by putting in place a manifesto for candidates in the last European elections, and by auditioning the main political forces. This has given rise to very interesting exchanges and this has hopefully allowed the candidates who have become European deputies to stimulate discussions regarding the positiont of french cities in Europe!