Could you introduce us the International Chamber of Commerce? And the reasons for a representation in Brussels today?

The International Chamber of Commerce (ICC) is the world’s largest business organisation, representing more than 45 million companies in over 100 countries; its core mission is to make business work for everyone, every day, everywhere. Through a unique mix of advocacy, solutions, and standard setting, ICC promotes international trade, responsible business conduct, and a global approach to regulation, in addition to providing market-leading dispute resolution services. ICC’s membership includes many of the world’s leading companies, small and medium sized enterprises (SMEs), business associations, and local chambers of commerce.

The ICC is also the only business organisation with Observer Status at the United Nations (UN) General Assembly. For this special and formal relationship with the UN, the ICC has established permanent representation offices in New York as well as in Geneva. In addition to the UN, the ICC represents business interests at the highest levels of intergovernmental decision-making, whether at the World Trade Organization (WTO) or the G20, ensuring the voice of business is heard. It is this capacity to bridge the public and private sectors that sets the ICC apart as a unique organisation, responding to the needs of any player involved in international commerce.

What are the tasks and responsibilities of the “ICC European Union” that you direct?

In September 2019 the ICC announced the appointment of Dr. Tom Voege as Head of EU Affairs, growing its Brussels presence to strengthen the engagement with the European Union (EU) – thus adding to the policy outreach activities and the already established ICC roles in New York and in Geneva respectively vis-à-vis the UN. As the largest single trading bloc in the world, the EU creates and influences rules and standards that have implications for business everywhere. ICC has been supporting the bloc’s commitment to free trade, and to security and peace since the founding of the European Economic Community (EEC) in 1957.

The responsibility of the newly established office of the International Chamber of Commerce European Union (ICC EU) is to formally represent the ICC and its global business memberships towards the EU institutions, including the European Commission (EC), the European Parliament (EP), and the European Economic and Social Committee (EESC). Very important here is the global aspect, i.e. not just representing EU businesses, which sets ICC EU apart from the many other business associations operating in Brussels already. Thus bringing the voice of the global business community to EU decision makers on a wide variety of policy issues – being part of the debate!

Climate and a better commercial and industrial organization are among Europe’s major issues, what is the ICC EU’s position on this matter?

With the new Commission now confirmed and work having started in earnest on the 1st of December, on the very day of the 10th anniversary of the Lisbon Treaty, Commission President Ursula von der Leyen’s message for her policy focus for the next 5 years could not be clearer, with the need for multilaterism and sustainability being front and centre! This commitment mirrors the values and convictions of the ICC – and the Brussels representative office ICC EU is ready to convene businesses, civil society, and decision makers on these and other key policy areas, such as climate action, trade facilitation, digital technologies, and social justice.

In terms of climate action, the ICC has been engaging with the UN Framework Convention on Climate Change (UNFCCC) for 25 years and has a key role in that process as the official UNFCCC Focal Point for Business and Industry. Furthermore, the ICC is taking a leading role in mainstreaming climate action across its network of institutional members through the campaign to Make Climate Action Everyone’s Business and the Chamber for Climate initiative. As for commercial and industrial policy, ICC EU is advocating for a level playing field globally, with free trade and minimum regulatory barriers to international trade, particularly in view of SMEs. 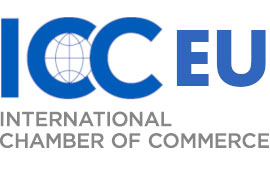