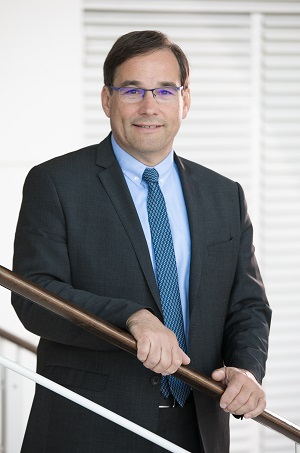 Local Public Enterprises (LPEs) have been active for over a hundred years in the production and distribution of energy in France. The appearance of environmental issues within societal concerns has led LPEs to strengthen their role and become leading players in the implementation of the energy transition. They offer innovative and diversified solutions to all parties involved.

The LPE movement quickly seized the opportunity to provide local elected officials with a complete range of solutions so as to meet the very diverse needs of their territories. The “LPE range” first comprised Semi-Public Companies (SPCs), and gradually expanded with the creation of Local Public Conservation Authorities (LPCAs) in 2006. It extended to other areas of activity in 2010, and then the creation of the Single-Operation Semi-Public Companies (SPCOp) took place in 2014.

Local public policy actors now have a number of energy transition solutions for their territories and have seized their full potential. Today there are 221 LPEs contributing within the areas of waste, water, sanitation and energy. 146 exist in the form of SPCs, 36 have taken the form of LPCAs and 13 SPCOps have been created. Different forms of partnership are therefore developed by local authorities – public-private within the framework of SPCs or SPCOps and public-public by associating local authorities of the same level or different levels in SPCs or LPCAs. Local authorities are also carrying out a large number of projects related to the energy transition.

Energy LPEs place innovation at the heart of their actions

LPEs are well-functioning companies with an emphasis on the partnership approach. They carry out numerous actions on behalf of local authorities in all areas of energy, energy transition and the environment. They are actively involved in the collection, sorting and treatment of waste as well as in the production and distribution of water and sanitation. They act in the production and distribution of energy, whether mechanical, thermal, chemical, radiant or electric. With a turnover of nearly 3 billion euros, SPCs, LPCAs and SPCOps of the environment and network sector actively contribute to the implementation of the energy transition in France and are playing an increasing role in this direction. They provide innovative solutions for local authorities by allowing them to work, in a wide range of configurations and in a concerted manner, in perfect cooperation with environmentalists and civil society.

These collaborations lead to concrete achievements. To take a concrete example, there is SPC Vendée Energie, created to develop, build and operate facilities for the production of renewable energy. In 2018, it operated 46 wind turbines, had developed 62 power plants on buildings and on the ground and had diversified its activity in the production and distribution of bioNGV green hydrogen. We can also address the case of the SPC Soregies in Vienna. Apart from its “traditional” activities, it was involved in the West Grid Synergy project which aimed to maximize the production of renewable natural gases in the territories by facilitating their integration into gas networks. Finally, we can focus on one of the endeavors of the SPC Energies Renouvelables Citoyennes in the Jura region. Its know-how enabled the creation of a wind farm in Chamole in 2017 with a very strong public involvement.

LPEs as tools for territorial cooperation

Beyond the general and intrinsic partnership nature of LPEs, SPCs, LPCAs and SPCOps operating in the fields of environment and energy, they are distinguished by their ability to enable numerous actors to work together and to provide a link between local authorities and civil society. The public shareholding of LPEs in the energy sector is dominated by metropolitan areas at 16% (these include municipalities of various sizes) and by joint associations and other cooperation structures at 24% (in which different legal persons under public law participate). Large groups such as Engie and EDF have also invested in these companies, as have many local companies. Citizen involvement is less direct but just as decisive. While some have committed funds to the creation of LPEs, others are involved by funding projects, often carried out by LPE subsidiaries, either by taking shares in these subsidiaries, or by proceeding to crowdfunding.

LPEs intervening in the environment and energy fields have also developed synergies in the territories, considering how they were encouraged by law number 2015-992 of August 17, 2015 relating to the energy transition for green growth. They are part of numerous networks which stimulate, animate, develop and finance citizen projects for the production of renewable energy. They do this alongside other LPEs, but also public, para-public and private institutions, including through participation in project companies. They thus initiated what we call cross-shareholdings. They have bought shares in companies of the same type and allow for energy transition projects to materialize. More than 4% of the shareholders of Energy SPCs are now held by SPCs, for an invested amount of almost 25 million euros. Finally, most of them have negotiated the winding route to sustainable development by integrating a social and environmental manager as part of their processes. 92% of executives have implemented at least one CSR action in their company, placing them at the high end of an LPE movement and allowing them to be at the forefront compared to other companies.

Through these very diverse illustrations, we can clearly see how LPEs are innovative tools that enable local authorities to implement the energy transition in a cooperative manner across all territories.