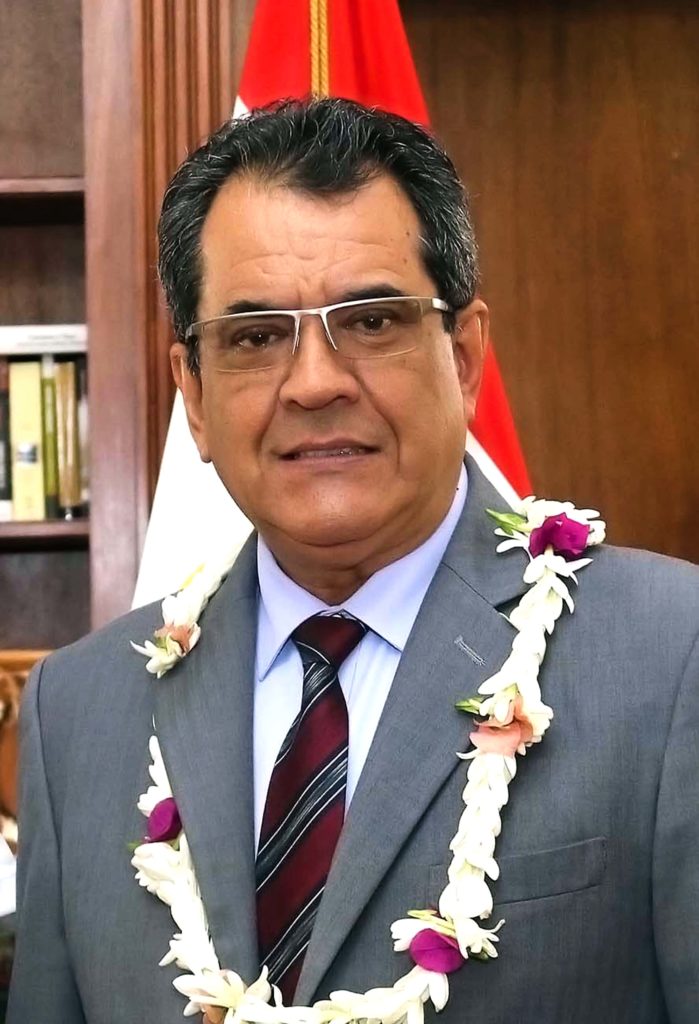 French Polynesia is an archipelago of 118 islands located in the Pacific Ocean. It is spread over an ocean surface as large as Europe. Its exclusive economic zone (EEZ) is a vast managed marine area of 5 million km². This makes France the second largest maritime power in the world, after the United States. Two thirds of the 276,000 inhabitants live on the island of Tahiti.

From an institutional point of view, French Polynesia enjoys great autonomy within the Republic. It has an executive, an elected president who appoints the members of his government and an assembly which passes laws and deliberations. The country’s areas of responsibilities are very broad. The State retains, for the most part, only the sovereign areas such as security, police, defense, currency, nationality, public liberties, foreign policy and immigration. For all the rest, Polynesia “governs itself freely and democratically” according to Article 1 of the Statute of Autonomy.

Ever since Brexit, French Polynesia, New Caledonia and Wallis and Futuna remain the only overseas communities in the Pacific linked to the European Union.

The two pillars of the Polynesian economy are founded upon tourism and the blue economy. French Polynesia welcomed 290,000 visitors in 2019. High-end tourism is one of the main drivers of this economy, without ruling out family hotels and pensions at local level.

Our tourism industry, which has gone through difficult times over the past ten years, is once again expanding, supported in particular by the arrival of two new airlines (United Airlines and French Bee). This tourism revival is also reflected in the opening of new hotel units, the takeover of closed institutions, the increase of Airbnb accommodation offers and the rise in the number of cruise ship passengers.

“The Tahitian Village” project lies within the scope of this approach. It is a large-scale tourist accommodation and associated services project (catering, recreation, shops, marina, etc.) on the island of Tahiti. After a call for expressions of interest, local investors have presented their projects. The lots must be allocated accordingly by the end of the first semester of 2020.

The production of cultured black pearls is the second of the country’s own resources, followed by fishing.

Polynesia has the particularity of having no fishing agreement with foreign countries. Fishing in the EEZ is prohibited for any maritime vessel not flying the Polynesian flag. All vessels crossing our EEZ are monitored in real time by satellite. In this way, we sustain our resource base. Our vessels undertake long-line fishing obtaining around 9,000 tons per year, which constitutes a quite bearable harvest.

Polynesians have a deep commitment to their maritime environment. Since 2002, Polynesia has become the largest sanctuary in the world for marine mammals (whales, dolphins, etc.), as well as other species such as sea turtles and sharks.

However, the maritime environment may prove to be a threat.  French Polynesia, like the insular South Pacific States, is directly impacted by global warming (rising water levels, higher water temperatures, salinisation, etc.).

This is how our country has become the spokesperson in behalf of the Pacific Islands during COP 21 to contain global warming below 2°. This occurred after the member countries of the Polynesian Leaders Group (which groups Polynesian countries) signed in July 2015 the “Taputapuatea Declaration” (Polynesians against Climate Threats) which calls on the Nations to join forces for the protection of the ocean and the environment.

French Polynesia actively participates in regional work on the Pacific Islands Forum’s climate agenda, particularly with regard to the fight against global warming and the adaptation of our islands and societies to its adverse effects.

The Forum leaders consider that climate change is the first threat our countries have to confront. In this respect, the Boé Declaration, on the occasion of the 49th Forum summit in Nauru in 2018, constitutes an appeal to the international community.

The common themes for regional reflection are numerous.  All Pacific island countries are concerned by rising ocean levels, ocean warming, the loss of territoriality, meteorological disturbances, droughts, cyclones, floods, climate migrations and the risk of losing exclusive economic zones if atolls were to disappear.

At a purely local level, French Polynesia adopted a Climate-Energy Plan in September 2015 which confirms the authorities’ willingness to develop renewable energies, reduce the production of greenhouse gases and promote an exemplary energy and climate approach.

In addition, as part of the Energy Transition Plan adopted in November 2015, Polynesia’s ambition is to generate 75% of renewable energy in 2030, compared to 37% today.

French Polynesia remains deeply rooted in its culture and in the promotion of its languages which are taught in school. It is, however, resolutely turned towards the future and openness to the world. Thanks to two submarine cables it is connected to the entire world. These cables are complemented by an internal network connecting the various archipelagoes which are the Leeward Islands, the Tuamotu and the Marquesas. The Astrals archipelagoes’ network is under evaluation.

Digital links prove to be essential for development once we realize that some islands are nearly 1,500 km away from the island of Tahiti.

This focus on French Polynesia will allow you, I hope, to better understand the challenges facing our community (nearly 12,000 km away from its mainland and the European continent) and the solutions we provide for a lasting and harmonious development.