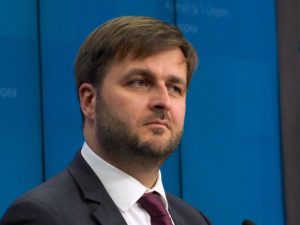 The Croatian Presidency has defined four main priorities: A Europe that develops, A Europe that connects, A Europe that protects and An influential Europe.
Croatia shares the vision of the European Green Deal and is ready to lead relevant discussions in the Council on legislative and policy proposals announced by the Commission that include Climate Law, Just Transition Mechanism, Biodiversity strategy, Industrial strategy and Action plan for circular economy. We expect these proposals to reinforce transformational change in sectors that have major negative impacts on biodiversity, climate and human health.

The Presidency will continue the work on the implementation of the Paris Agreement. The Environment Council has just adopted on 5 of March submission for the Long-term strategy of the EU for climate-neutral economy (LTS), and it will be sent to the UNFCCC and the Paris Agreement Secretariat.

The Croatian Presidency will focus on the discussions in the Council in respect of Climate Law, aiming to do utmost on 22 June Environment Council. In this respect the Presidency could have the partial general approach/general approach.
The Presidency will pay close attention to the challenges of climate financing and will promote a global role of the European Union as the leader in low-carbon transition.

Regarding the energy aspects of the European Green Deal, the Croatian Presidency plans to evaluate the proposed objectives and measures, taking into account the different circumstances and starting points of Member States. Therefore, the Croatian Presidency intends to focus on discussions striving to fulfil this vision, having in mind the ambitious targets of recently adopted Clean Energy Package.

Deadline for submission of the final National Energy and Climate Plans by Member States expired on 31 December 2019. The European Commission is striving to prepare the assessment of these plans and present it on the Council of Energy Ministers by June 2020. 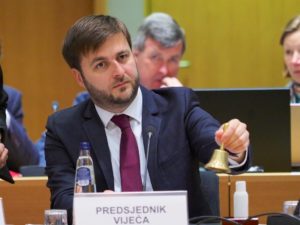 A special emphasis during the Croatian Presidency is on the energy transition of islands where we are focused on the development of the future Framework, Memorandum of Understanding, based on the Valletta Declaration of Clean Energy for EU Islands. The Declaration recognizes the important role that the EU islands have in the process towards decarbonisation and the role that they could play in accordance with the Paris Agreement. The Declaration was signed during the Maltese Presidency in 2017 and Croatia was one of the Member States that signed it. The signature of the Memorandum of Understanding is planned during the Informal Meeting of Energy Ministers in April 2020.

One of the important points in regards to environmental issues is protection of marine environment, which includes further discussions on additional ways to protect the marine environment from pollution. We will frame the debate in the context of the upcoming revision of Packaging and Packaging Waste Directive and future measures from the European Green Deal with the view of preventing waste and litter as well as enabling implementation of existing legislative framework, including Marine Strategy Framework Directive after 2020.
We agree with the Commission’s position that, as a global leader, the European Union must encourage other countries to follow its path in taking the responsibility for our planet and future generations. This implies a radical transformation of the EU economy, with a just and prosperous society, representing a completely new paradigm.

We see this new paradigm as an opportunity for the growth of the Croatian economy through advanced technologies and innovative policies. We especially welcome the path set by the Green Deal for mobilizing the EU industry towards achieving a fully circular and climate neutral economy. This presents an excellent opportunity for newer Member States to catch up with stronger economies. 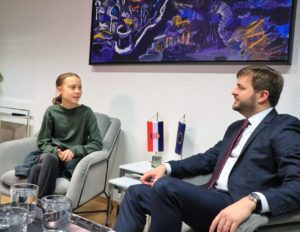 Croatia is very rich in biodiversity; Natura 2000 network covers 36% of our land and 15% of territorial sea and internal waters. Natural forest ecosystems cover nearly half of the country`s territory. The conserved large forests in the karst area are habitat to all three European large carnivores- wolf, bear and lynx. Therefore, emphasize is on the importance of conservation and restoration of degraded ecosystems and their essential role in achieving climate goals. The key area of investments should be nature-based solutions as the latest scientific data estimates that, by applying such solutions, a reduction of 37% of CO2 emissions is possible by 2030.

A huge potential for further reduction of CO2 emissions lays in tackling emissions associated with production and use of food and products. Therefore, proper incentives and financial resources to stimulate full implementation of circular economy principles across the sectors are essential, as it can significantly contribute to meeting our climate targets.
Only by working together, we can achieve these important objectives, and I am confident that we can do it.