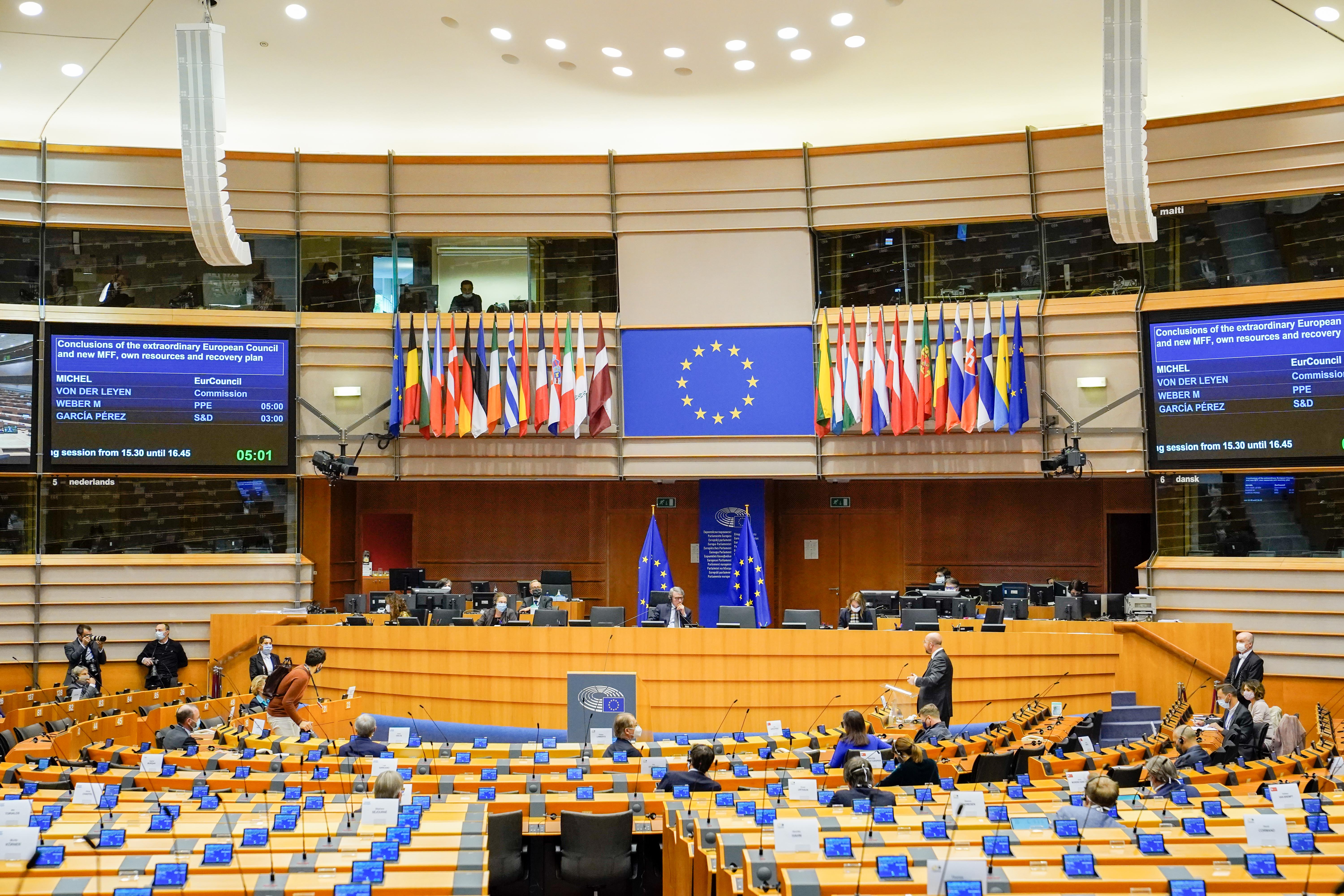 Commenting on the conclusions of the 17-21 July EU summit, EP negotiators welcome the recovery fund but warn that their agreement to the long-term EU budget cannot be taken for granted.

After five days of intense discussions, the Heads of State and Government reached a political compromise. Parliament’s negotiating team on the Multiannual Financial Framework (MFF) and Own Resources (OR) welcomes the fact that at last a common position has been achieved, and that the newly created Recovery Instrument (Next Generation EU) is financed with a borrowing of EUR 750 billion. But Parliament remains critical on some essential aspects of the compromise, particularly on the long-term perspective.

“The Recovery Instrument is an important step towards a new ambition for the Union: greener, more competitive and digital. This massive borrowing is an historical moment for the European Union, and we should not disregard what just happened.” However we regret that the Member States decided to entirely abandon the ‘bridge solution’, whose objective was precisely to provide immediate crisis response to the citizens, following the Covid-19 outbreak. In a context where the virus in on the rise again, citizens need certainty. Parliament will continue working hard to ensure that the recovery starts without delays. Furthermore, democratic oversight must be substantially increased: Parliament, as one arm of the budgetary authority will fight to be fully involved in the establishment and implementation of the Recovery Instrument”, said the EP’s negotiators on Tuesday.

“The picture is much more negative when it comes to the EU long-term budget (the MFF). Parliament cannot accept the proposed record low ceilings as they mean renouncing to the EU’s long-term objectives and strategic autonomy, while citizens ask for more. More European solidarity, more European action in public health, in research and digitalisation, youth, and in the historical fight against climate change. Key programmes to reach these objectives have been considerably shrunk, and lost most of their top-ups under Next Generation EU. We will strive to secure improvements, including higher amounts, on future-oriented MFF programmes like Horizon, InvestEU, LIFE, Erasmus+. And if our conditions are not sufficiently met we will adopt the programmes on the basis of the existing MFF, as foreseen by the Treaty”, warned the members of the EP’s negotiating team.

“The compromise is also a flagrant missed opportunity when it comes to modernising the revenue side, making it fairer and more transparent. The EU is now allowed to borrow funds but there is no certainty on how the debt will be repaid. Parliament has been clear: the recovery should not reduce investment capacities nor harm the national taxpayer. This is why new genuine own resources are the solution to repay the common debt, but the plastic-based contribution will not do the trick alone! We recall our strict demand to that respect: a binding commitment for the introduction of additional own resources as soon as 2021, and still in the course of the MFF 2021-2027. Furthermore, despite the United Kingdom leaving the EU, the insistence on the rebates has been extremely tough and results in a big step back for the European project: instead of being abolished, rebates are kept and even increased.

Additionally, Parliament remains firmly against watering down the mechanism to reduce or suspend EU funding if a Member State disrespects the rule of law, and this issue should not be put off but addressed now. Parliament has stood ready to enter into negotiations under co-decision to continue building a Europe of fundamental rights.

Parliament remains ready to immediately enter negotiations in order to achieve a better agreement for Europe”, the MEPs added.

Johan Van Overtveldt (ECR, BE), Chair of the Committee on Budgets

The Council will now finalise its mandate to enter negotiations with Parliament, which will have a final say before the 2021-2027 budget can enter into force. The current multiannual budget runs out on 31 December 2020.

Parliament will set out its conditions and take up negotiations with the German Presidency of the Council of the EU as soon as possible.