2020 has been a historical year for hydrogen. With the launch of the EU Hydrogen Strategy on 8 July 2020 and the creation of an industry-led Clean Hydrogen Alliance, Europe has strengthened its global leadership on hydrogen beyond any doubt. 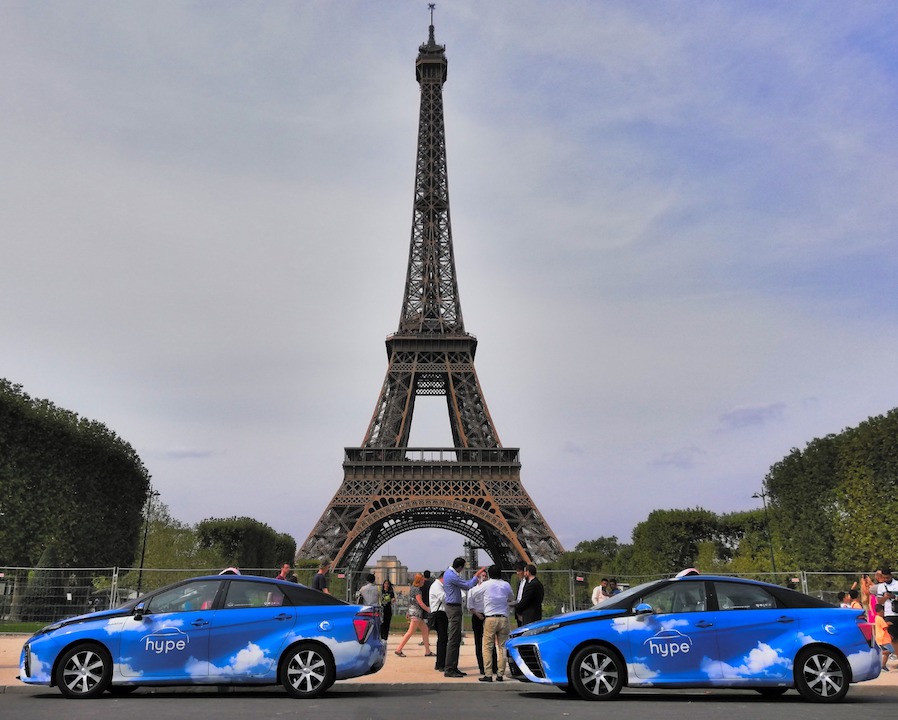 The enormous political support for hydrogen technologies visible in the considerable investment programmes at European and national level, was highlighted in our first edition of the European Hydrogen Week in November 2020.
At Fuel Cells and Hydrogen Undertaking (FCH JU), we are convinced that constant innovation will further drive the hydrogen revolution. Our unique public-private partnership has worked relentlessly to develop and further promote hydrogen technologies in Europe, realising their potential in achieving carbon-clean energy systems.
In the past twelve years, we have extensively funded research and demonstration projects with the aim of increasing market viability and commercialisation of fuel cell and hydrogen technologies. Since its setup in 2008, the public-private partnership has funded a total of 285 research and demonstration projects with an overall budget of over 1 billion Euro.

During this time, the European market has considerably scaled up, making us leaders in electrolysers, hydrogen refuelling stations (HRS), fuel cell trucks and fuel cell buses. A growing demand for other applications such as micro-combined heat and power units can also be observed. These innovative technologies will allow Europe to integrate the use of renewable electricity in many sectors that up to now were difficult to decarbonise, in particular heavy-duty transport and energy-intensive industries.
Cheaper, more robust and efficient electrolyser will allow to produce renewable hydrogen, a clean energy carrier that can reduce dependence on fossil fuels.
Renewable hydrogen is therefore an important part of the overall solution to meet the 2050 climate neutrality goal of the European Green Deal. 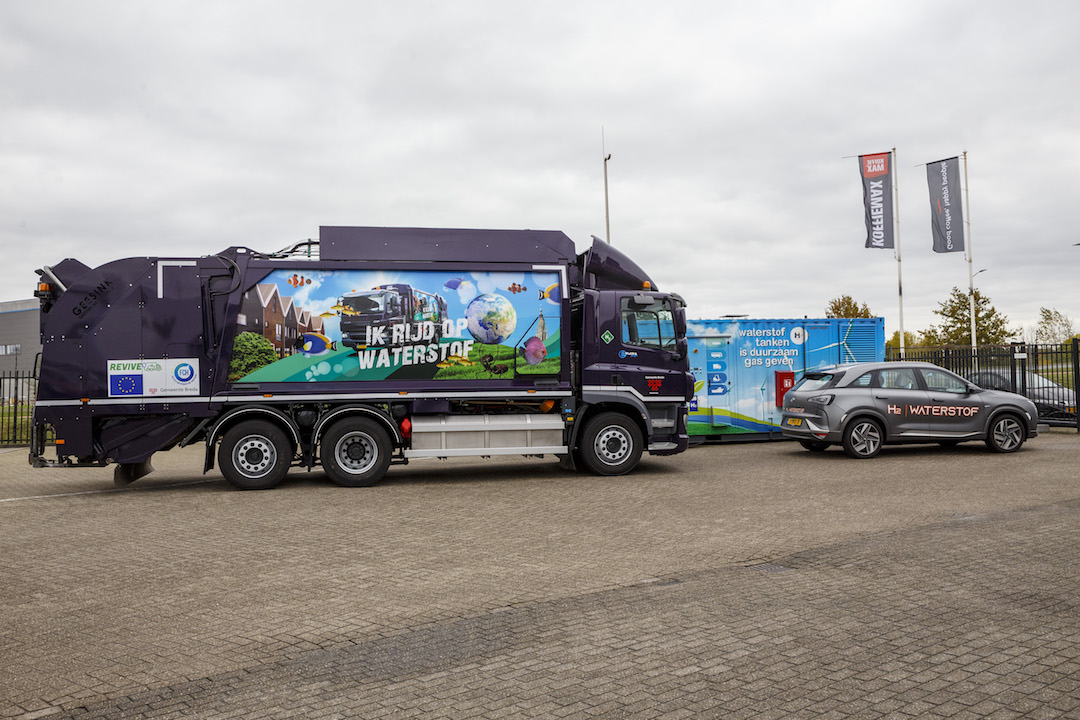 It is clearer than ever that lower hydrogen-production costs are making sustainability a great opportunity for a more inclusive, clean and circular economy.
The decarbonisation of transport sector is absolutely essential to ensure Europe’s transition to a carbon-neutral economy and encompasses all aspects of hydrogen utilisation in transportation:
By supporting projects on hydrogen-powered buses and taxis, used across major cities such as Paris, Cologne or London, the FCH JU has demonstrated that the technology can be used on a large scale and is ready for widespread use.
Fuel cell electric vehicles (FCEVs) show great promise in reducing CO2 emissions. Powered by hydrogen, FCEVs have short refuelling times and the only waste they produce is water. The lack of hydrogen refuelling stations however has discouraged captive fleet operators such as taxi companies from adopting them quicker. Now the FCH JU is working with industry leaders and municipal authorities to bring vehicles such as taxicabs and police vehicles onto Europe’s streets.
Three FCH JU-financed projects have helped promote the adoption of FCEVs in European cities: Zero Emission Fleet vehicles for European Roll-out (ZEFER), Hydrogen Mobility Europe (H2ME) and Hydrogen Mobility Europe 2 (H2ME 2).
Looking specifically at FC Buses, where significant advancement in technology solution and its costs has been realised, more manufacturers are launching fuel cell bus products and interest is growing at European level. Including the latest JIVE 1 and JIVE 2 projects, 360 hydrogen buses should be on the road in total by next year. The scaling up has an important impact on the costs which remains one of the major challenges. The first hydrogen bus in 2010 had a price of 1.8 million euros. Today, the H2Bus Consortium has set the goal of reducing that figure to under 650,000 euros. 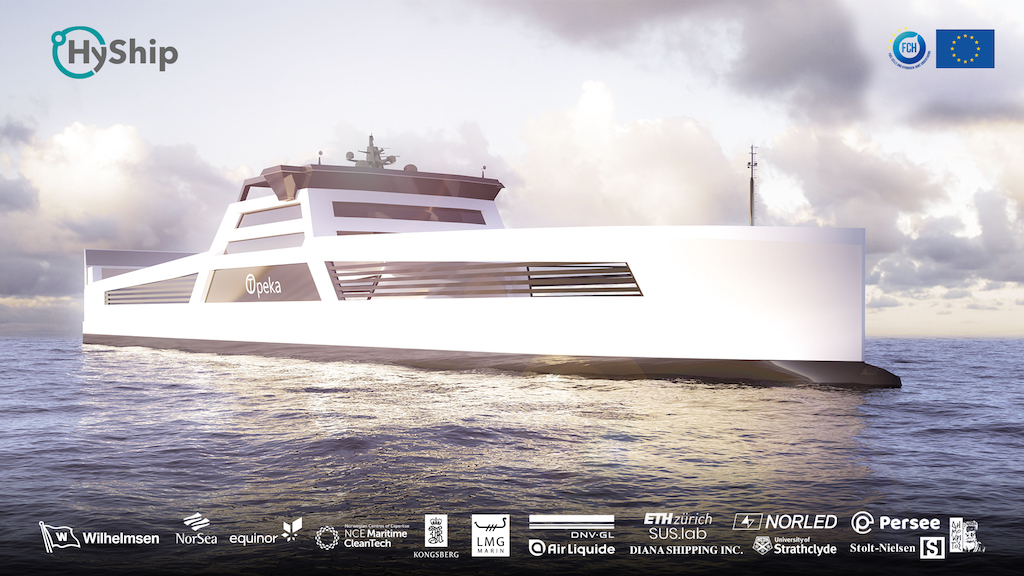 Furthermore, the FCH JU is supporting the uptake of fuel cells and hydrogen in the road heavy-duty transport segment. The H2HAUL and REVIVE projects aim at validating the use of FCH solutions in real life condition. The project PRHYDE will deliver recommendations for refuelling protocols for heavy-duty applications.

The FCH JU has recently commissioned a study on business opportunities for FCH HD applications in the EU and triggered a coalition statement of over 50 companies drawn from FC suppliers, OEMs, HRS manufacturers and fleet operators committing to the deployment of up to 100.000 FC trucks and 1.500 HRS in the EU by 2030.

Moreover, the FCH JU funded study on the use of hydrogen in the rail system has demonstrated that there are no show-stoppers for this technology to make a difference in the race to decarbonisation of transport. The European train sector is probably one of the most decarbonized transport means. With over 64% of the rail tracks electrified corresponding to 85% of the rail trips, it is the cleanest transport system. Cheaper than catenary and much more appropriate than batteries, fuel cell trains will allow to fully decarbonize this transport mode. The first models of multiple unit trains are already in operation in northern Germany. The FCH JU has recently signed a 13M€ project to develop and demonstrate a bi-mode train which will run on the catenary when available but will switch to hydrogen when needed. This technology offers the flexibility and compatibility to train operators to reach full decarbonisation without jeopardizing cooperativity or economy.
At FCH JU we are also convinced that hydrogen will play a key role in transforming aviation into a zero-carbon system over the next few decades. Hydrogen – as a primary energy source for propulsion, either for fuel cells, direct burn in thermal engines or as a building block for synthetic liquid fuels – could feasibly power aircraft with entry into service by 2035 for short-range aircraft. This was backed by a recent study we commission together of Clean Sky 2 Joint Undertaking. Very recently first flights with hydrogen propulsion have been performed.

Finally, I would like to stress the crucial importance of regional and international cooperation in exploiting hydrogen’s huge potential along the whole value chain. In order to enhance collaboration between hydrogen project developers and raise awareness among policy makers, we recently (19 January) launched the Mission Innovation Hydrogen Valley Platform. Featuring 32 hydrogen valleys from 18 countries, the platform presents and connects the most advanced regional hydrogen clusters around the globe. By combining several hydrogen applications into an integrated hydrogen ecosystem covering production, storage, distribution and final use, Hydrogen Valleys can offer the right pathway for scaling up and making this technology a reality across all sectors of society. This builds on the many years of our work to reach out to all European regions and cities having an interest in the potential of hydrogen technologies and led to the creation of our ambitious collaboration platform, the FCH Region’s Hub.

In our new partnership launched at the end of the year we are determined to make the most of this unprecedented political momentum, and >I can only agree to Vice-President of the European Commission, Mr Frans Timmermans when saying that “Hydrogen truly rocks!”

Study on the use of Fuel Cells and Hydrogen in the Railway Environment,released on 17 May 2019
https://www.fch.europa.eu/publications/use-fuel-cells-and-hydrogen-railway-environment

Study on Hydrogen’s potential for use in Aviation, released on 22 June 2020 – https://www.fch.europa.eu/publications/hydrogen-powered-aviation