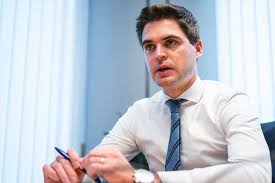 MEPs want to support recovery from the pandemic, boost investments, tackle unemployment, and lay the foundations for a more resilient and sustainable Union.

Parliament voted on Wednesday (results announced on Thursday) on its position on the 2022 EU budget. MEPs reversed most cuts made by the Council (€1.43 billion altogether) and thereby restored the draft budget to the level originally proposed by the Commission in the budget lines concerned.

MEPs also increased funding for many programmes and policies, which they see as contributing to the post-pandemic recovery, in line with Parliament’s priorities set out in its guidelines for 2022. These include the Horizon Europe research programme (+€305 million above the Commission’s draft budget), the Connecting Europe Facility, which funds the construction of high-quality and sustainable trans-European transport, energy and digital networks (+€207 million), and the environment and climate action LIFE programme (+€171 million).

Support for young people remains a key priority: Erasmus+ has been increased by €137 million, equivalent to an additional 40 000 education exchanges, and €700 million was added to the draft budget to support the implementation of the European Child Guarantee. EU4Health has also been boosted, with an additional €80 million to build up a strong European Health Union and to make national health systems more resilient.

MEPs increased funding for humanitarian aid by 20% and boosted the Asylum, Migration and Integration Fund, especially in light of the situation in Afghanistan. They also bolstered the Covax initiative for global equitable access to COVID-19 vaccines. In the domain of security and defence, MEPs increased the relevant budget lines by more than €80 million.

An accompanying resolution, adopted with 521 against 88 votes and 84 abstentions, summarises Parliament’s position. The adopted text will be available here (under the following date: 20/10/2021).

Karlo Ressler (EPP, HR), general rapporteur for the EU budget 2022 (for section III – Commission): “I strongly believe that with this package we would manage to meet the expectations of the European citizens, which are understandably very high. (…) The key elements of our position are undoubtedly the restoration of the arbitrary cuts by the Council, and the reinforcement of lines that have an added value for Europeans: First, supporting the driving force of the European recovery and economy: small and medium enterprises. Secondly, reinforce future oriented programmes in research, innovation and education with a special focus on youth and children. Thirdly, to strengthen the European Health Union. And fourthly, to boost our efforts towards a digital, green and secure Europe.” (watch his speech from the plenary debate on 20 October)

What are the Parliament’s priorities for the EU’s 2022 budget?

The number one priority is to support the recovery from the Covid-19 crisis and also, and this is really connected, to lay the foundation for a more resilient Union. We want to invest in a vibrant economy to help small and medium-sized companies and in employment, especially for young people. The second priority would be to continue with the digital and green transformation. Thirdly, we want to develop a strong, healthy union.

We also want to focus specifically on the younger generation and our children. Here Erasmus+ and the European Solidarity Corps are maybe the two most visible examples, but in the end most of our programmes are directly or indirectly also focusing on young people.

It’s important to really be strong and unified here in the Parliament, because in that way, we can get better results in the negotiations with the Council.

How do you expect the budget to speed up the recovery after the Covid-19 pandemic?

After the crisis, we have to be ambitious. We have to invest. That’s the basic idea. In practical terms that means investing more and assisting those who have been affected the most. In this context, we believe in effectively supporting SMEs all over Europe. This is something fairly tangible.

How can the budget help, for example, to address the situation in Afghanistan that suddenly developed?

We attempt to address it by investing more in humanitarian aid. That was the main purpose of one of the biggest amendments by the European Parliament. I think that all the institutions agree that these are unforeseen developments, that the world is really changing fast, and that we cannot ignore all those changes. We will have to work closely with the Commission and the Council to try to find a solution. We are still waiting for a real concrete proposal by the Commission, but we attempt to address it primarily through a special line on humanitarian aid for Afghan people and for the neighboring countries.

This year has witnessed unforeseen challenges like the current energy price hike, Afghanistan and environmental disasters. Is it becoming trickier to decide on an annual EU budget as a lot of money to deal with unexpected situations has to be put aside?

I would say yes. It’s difficult for the EU when we have a pandemic and it’s the biggest crisis of our generation. It has made us understand that we have to be more resilient. We have to be prepared to act swiftly and it’s impossible to act swiftly without adequate financing.

At the same time, we hope that we have created a budget that is tailor-made for all: that addresses the problems of all generations, regions and sectors. We know that the consequences of the pandemic have been asymmetrical and that’s why it has been important to translate our political priorities into real figures.

With this vote, Parliament has set the overall level of commitment appropriations for 2022 (pledges to pay) at €171.8 billion, representing an increase of €2.7 billion (plus €1.3 billion for the Brexit Adjustment Reserve, reflecting the agreement on the corresponding regulation) compared to the draft budget as proposed by the Commission. It has set the overall level of payment appropriations at €172.5 billion.

The vote launches three weeks of “conciliation” talks with the Council, with the aim of reaching a deal for next year’s budget, which then has to be voted on by Parliament and signed by its President.