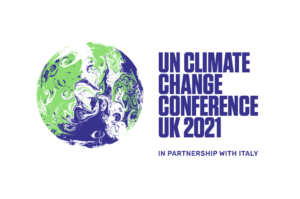 MEPs underline the urgency of accelerating the pace of climate action at COP26 in Glasgow ©UKCOP26.ORG

Parliament pushes for accelerated climate action worldwide and for the EU to remain a world leader in fighting climate change.

Parliament has adopted its position on the UN COP26 Climate Change Conference in Glasgow, taking place from 31 October to 12 November, with 527 votes for, 134 votes against and 35 abstentions.

In the resolution, MEPs express concern that the national targets announced in Paris in 2015 would result in warming well above three degrees by 2100, compared to pre-industrial levels. They say that the EU must remain a world leader in the fight against climate change and that MEPs will work to ensure that the EU’s “Fit for 55 in 2030” climate package is fully in line with the Paris Agreement.

To accelerate the pace of climate action, MEPs want the EU to replace the current 10-year plan with a five-year timeframe for all countries. They also say that all direct and indirect fossil fuel subsidies should be phased out in the EU by 2025 and call on all other countries to take similar measures.

MEPs recall that biodiversity plays a crucial role in enabling humans to combat and adapt to global warming and stress that nature-based solutions are win-win solutions, ones which involve protecting, restoring and sustainably managing fragile ecosystems.

G20 must lead the way

All G20 nations should show global leadership and commit to achieving climate neutrality at the latest by 2050, according to MEPs. They also call on the Commission to create an international climate club with other major greenhouse gas (GHG) emitters with the aim of setting common standards and raising ambition across the globe, including through a common carbon border adjustment mechanism.

They welcome the return of the US to the Paris Agreement and President Biden’s commitment to cut US GHG emissions in half by 2030 compared to 2005. MEPs expect concrete policy measures and financing to meet this goal.

While MEPs acknowledge China’s willingness to be a constructive partner in global climate negotiations, they are concerned with the country’s dependency on coal. They underline their position that China should increase its ambition and that its climate targets should cover all GHG emissions and not only carbon dioxide emissions.

MEPs say that developed countries must deliver on their promise to raise at least $100bn in climate finance per year for developing countries, increasing that amount from 2025, when emerging economies should also start to contribute. A roadmap outlining each developed country’s fair contribution to this financing plan should be agreed. They also want to ensure that all developing countries can participate in COP26 despite COVID-19 restrictions.

A delegation from Parliament led by Pascal Canfin (Renew, FR) will be in Glasgow from 8-13 November.

Parliament has been pushing for more ambitious EU climate and biodiversity legislation and declared a climate emergency on 28 November 2019. In June 2021, the European Climate Law was adopted by Parliament. It transforms the European Green Deal’s political commitment to EU climate neutrality by 2050 into a binding obligation for the EU and member states. It also increases the EU’s target for reduction of greenhouse gas emissions by 2030 from 40% to at least 55%, compared to 1990 level. In July 2021, the Commission presented the “Fit for 55 in 2030” package to enable the EU to reach the more ambitious 2030-target.