MEPs suggest to target cohesion funds to overcome disparities between EU regions, such as rural areas, in the access to healthcare and e-services.

European Parliament adopted a resolution on Wednesday (582 votes to 35 and 79 abstentions) putting out a series of proposals how EU cohesion policy could help to overcome disparities in healthcare access between EU regions and improve healthcare services for all EU citizens.

They pointed out that significant differences exist between EU regions regarding healthcare standards and the lack of basic infrastructure, well-trained personnel and quality services in certain less-developed regions hampers equal access to healthcare. Therefore, they call on the Commission and the member states to use the EU funds to ensure equal access to all regions and reduce health inequalities through support of advances in e-health, e-medicine and other forms of digitisation. EU patients often cannot benefit from healthcare services in neighbouring countries, and only a minority of potential patients are aware of their rights to seek cross-border healthcare, MEPs add. 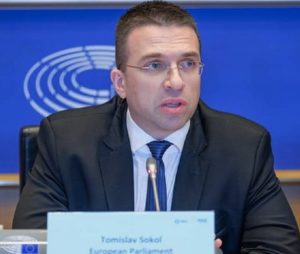 “Healthcare standards in the EU are not harmonized. There is greater chance that you will die of cancer if you live in less developed region of the European Union, which is inadmissible. We must do everything to eliminate these differences, and the most generous instrument for this purpose is cohesion policy“, stressed EP rapporteur Tomislav Sokol (EPP, HR) during the debate on Monday.

The new cohesion policy presents an unprecedented opportunity for Member States to boost digitalisation, stress MEPs in a resolution on the role of cohesion policy in promoting innovative and smart transformation, adopted the same day by 644 votes to 9 and 43 abstentions.

They urge on the Commission and the EU countries to close urban-rural digital divide and support projects in the field of inclusive and fair digitalisation, that leaves no one behind and brings all EU regions into 21st century. MEPs note that this divide is particularly felt by persons with low income, women and elderly, therefore they call on member states to invest in targeted upskilling and education measures to close digital gaps.

The successful digital transition resides in a stable and affordable high-capacity internet connection, MEPs say. They also call on the Commission and member states to make swifter progress with the digitalisation of public services including schools, universities, research institutes, public transport, e-government and efficient administration.

EP rapporteur Cristina Maestre Martín De Almagro (S&D, ES) said: “It is essential that we deliver smart and digital transition and ensure its fairness. In every area of the EU and in every population group, we must not lead anybody behind and we must ensure that the most vulnerable groups are given equal access. It is also critical to roll-out more high speed broadband so that people can access smart services.”

Cohesion policy has provided a substantial contribution to health sector planned investments of around EUR 24 billion so far, aimed at improving access to services, as well as developing specialised health infrastructure and capacities in order to reduce health inequalities.

COVID-19 pandemic has shown how important the development of digital infrastructure is for the functioning of economies and societies including public health services, public education and public administration. According to Commission data 10 % of households in rural areas are not covered by any kind of fixed network and 41 % lack fast broadband technology, and with only 59 % having next-generation broadband access (at least 30Mbps), compared with 87 % of households in the rest of the EU.