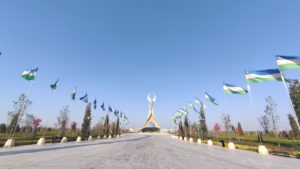 In a context of modernization and openness unprecedented since its independence, Uzbekistan could not do without reforming its sector of the cotton industry. There was a lot to be done in terms of labor rights and in particular to curb the forced labor of children in order to have their rights respected as a matter of urgency. The cotton industry accounts for 20% of Uzbekistan’s GDP, making it the world’s third largest exporter. But for that, it needed hands and for a long time the country had recourse to those of children. It was time for the country to put in place a new legislation to overcome this scourge.

In 2011, following these practices worthy of another age, the American coalition “Cotton Campaign”, bringing together 331 international brands and retailers, but also a large number of human rights NGOs, called for a boycott Uzbek cotton. At the end of a press conference held on March 10 in Tashkent following the meetings and negotiations of the coalition delegation with representatives of Uzbekistan, the campaign decided to simply cancel this historic appeal not to buy or consume cotton from Uzbekistan. Bennett Freeman, co-founder of the Cotton Campaign and former U.S. Assistant Assistant Secretary of State for Democracy, Human and Labor Rights, highlighted the country’s efforts in less than ten years. How did Tashkent proceed?

Indeed, since 2017, the Uzbek government has been conducting an open and constructive dialogue with the members of the Coalition in order to respect basic international rules and produce quality cotton without having to resort to children. Thus, following a series of meetings and negotiations in June 2019, the Coalition presented to the Government of Uzbekistan a roadmap in order to guide it to carry out reforms, aimed at ending forced labor in the cotton industry and to ensure the effectiveness of ongoing reforms. From now on, any company using children is criminally liable. To implement these measures, Uzbekistan adopted 32 legal acts during the period 2019-2021, ratified a number of conventions and protocols of the International Labor Organization and the International Organization for Migration. In addition, the quotas aimed at limiting production have disappeared, in accordance with the recommendations of the International Labor Organization and the World Bank: which has had the effect of increasing the wages of raw cotton pickers, making the profession and to see more and more adults turning to a more lucrative profession than before. 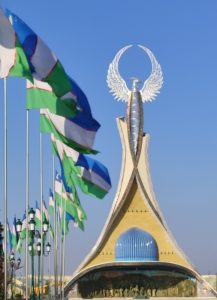 For the first time since 2009, the Uzbek Human Rights Forum, one of the main partners of the “Cotton Campaign” coalition, has confirmed the absence of systematic forced labor during the 2021 cotton harvest. , almost two million people were recruited each year to harvest cotton in Uzbekistan. The country has indeed succeeded in eradicating forced labor and child labor during the cotton production cycle in 2021, according to new findings from the ILO. According to the ILO’s independent monitoring report on the cotton harvest in Uzbekistan in 2021, based on approximately 11,000 interviews with cotton pickers, 99% of those who participated in the 2021 cotton harvest worked from their voluntarily. About one percent of respondents have been coerced into working. The data shows that 0.47% of those interviewed reported direct threats from local officials.

An estimated two million children have been freed from labor and half a million adults from forced labor since the cotton sector reform process in Uzbekistan began seven years ago. From now on, the lifting of the boycott of Uzbek cotton should quickly pave the way for the return of the world’s biggest brands to a constantly growing market.