Parliament backs more power for Europol to fight terrorism and organised crime, as it faces new challenges due to digital transformation and the Covid-19 pandemic. 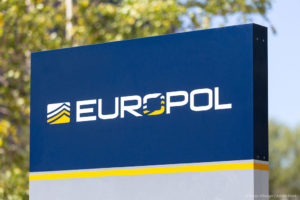 There has been a noticeable surge in cyber-crime due to factors such as new technologies, globalisation, interconnectivity, the digital transformation and more recently the pandemic. These changes have posed significant challenges to law enforcement in the EU, resulting in a need to process large datasets and use encryption to combat crime.

Parliament has previously called for the strengthening of EU agencies, including Europol, to meet the challenges of internet-based and financial crime. During the first plenary sessions of May and June, MEPs backed proposals to give Europol more power to fight crime and terrorism. This would allow Europol to improve information sharing via increased cooperation with private parties, better processing of large and complex datasets and strengthening the agency’s role in research and innovation for law enforcement.

When dealing with terrorist content or child sexual abuse, Europol will be able to receive data from private companies, for example communication providers. Currently, Europol can receive data from private parties only indirectly. Additionally, to deal with the challenge of big data, the reform sets clear rules and a legal basis for processing large and complex datasets.

Through research and innovation, Europol could also identify new technologies for use by law enforcement and equip them with modern IT tools, such as artificial intelligence or algorithmic decision-making.

In addition, Europol will be able to propose that member states add alerts from non-EU countries about suspects and criminals, in particular foreign fighters, to the Schengen Information System (SIS). Additionally, Europol and EU countries could share more information with front-line officers about the movements of terrorists who are not EU citizens.

As part of Europol’s mandate reform, Parliament has requested safeguards to protect fundamental rights and users’ data through a reinforced data protection framework.

Thanks to the Joint Parliamentary Scrutiny Group, there will be stronger parliamentary oversight and accountability. Europol will appoint a Fundamental Rights Officer and the EU Data Protection Supervisor – the data protection authority for EU bodies – will oversee Europol’s data processing. Europol will also collaborate more closely with the European Public Prosecutor’s Office.