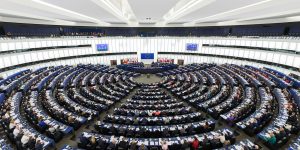 On Thursday, MEPs demanded the right to table legislative proposals, which would strengthen EU democracy and restore institutional balance.

Parliament calls for reform of the legislative process when the Treaties are next revised and notes that, as the only directly elected EU institution, MEPs must have the right to propose legislation. They also want to negotiate a new interinstitutional agreement with the Commission and the Council to avoid deadlocks when Parliament uses its current right of initiative on institutional matters.

The report comprising Parliament’s proposals was adopted with 420 to 117 votes and 35 abstentions on Thursday, following a plenary debate on Wednesday afternoon.

A wider trend towards institutional imbalance

Other examples of institutional imbalance highlighted by the report include the failure to ratify the last electoral law reform; Council’s refusal to negotiate on Parliament’s right of inquiry (in violation of the Treaties); the de facto assumption of legislative rights by the European Council in the area of freedom, security and justice, and the lack of a proper response to Parliament’s proposal for a comprehensive mechanism for the protection of EU values. 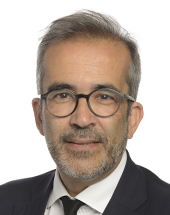 Rapporteur Paulo Rangel (EPP, PT) commented: “Our institutional architecture is ready for change. It is time to acknowledge a general and global right of initiative for the Parliament is possible, desirable, and in line with the constitutional aspiration of making the EU more democratic. It is time to act, not least in line with the proposals of the Conference on the Future of Europe. Momentum suggests there could even be a revision of the Treaties just for this purpose.”

The right to initiate legislation at the EU level is reserved almost entirely for the European Commission. Both the Council and the Parliament have an indirect right of initiative as they can request a legislative proposal from the Commission, which is not obliged to act. The EU Treaties grant Parliament a direct right of initiative only in specific cases, namely on rules for its own composition, European elections, and on the duties of MEPs. The European Council is not a formal legislative body of the EU.