Ukraine, energy security, defence and cybersecurity, economic and democratic resilience. These are the five subjects that top the political agenda of the upcoming Czech Presidency. 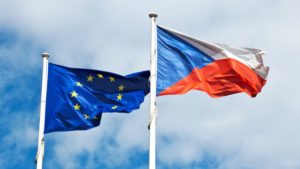 The Czech Republic will take over the rotating presidency of the EU Council from 1 July until the end of the year. During this six-month period, Prague will lead the diplomatic work, a critical role in shaping the EU’s agenda

The Czech Republic signed up to a trio presidency programme with the outgoing French Presidency and following Swedish Presidency. However, Russia’s aggression on Ukraine initiated in February meant Prague had to adopt its political priorities

“The overall objective of the Czech Presidency is to contribute as much as possible to creating the conditions for the security and prosperity of the EU in the context of the European values of freedom, social justice, democracy and the rule of law and environmental responsibility,” reads the draft document, due to be published on 15 June.

Unsurprisingly, the Ukrainian crisis ranks on top of the Czech political agenda. That includes both hitting Russia with all EU instruments, most notably economic sanctions, and providing Ukraine with political and military support.

Prague is determined to work with the European Commission to reallocate EU funding in favour of the member states that have opened their doors to refugees, helping them put in place the necessary structures to manage the humanitarian crisis.

Moreover, “the Czech Presidency will work in favour of reaching a consensus on the granting of candidate status to Ukraine,” the draft continued.

Following the end of the hostilities, the crucial task will be the post-war reconstruction of Ukraine

“The EU cannot be vitally dependent on countries that directly threaten its security and must therefore break its dependence on Russian gas, oil and coal. The Czech Presidency will put emphasis on the EU’s energy security issues, which are currently more pressing than the energy transition,” the text says.

Accelerating the implementation of the REPowerEU programme is seen as a way for diversifying energy sources by addressing issues related to logistics, energy savings, and low-emission and renewable energy sources.

Moreover, the Czech Presidency expressed readiness in working on the implementation of the regulation of gas reserves, for instance working to fill up gas storage ahead of winter and promote voluntary joint purchases to increase the EU’s negotiating weight, as was the case for COVID vaccines.

“At the same time, the Czech Presidency will work on implementing an appropriate mix of instruments that will reduce the negative social and economic impact of high energy prices,” the document reads

Prague is committed to enhancing Europe’s defence and security capabilities, collaborating with extra-European partners in the context of NATO and supporting the implementation of the Strategic Compass, the EU’s military strategy for 2030.

On this matter, it will work on the quick development of the Hybrid Toolbox, a set of voluntary instruments to counter hybrid threats such as disinformation, foreign interference and disruptions in cyberspace.

“The Czech Presidency will pay attention to cooperation and investment in reducing technological dependence, in particular with regard to new and disruptive technologies, and to ensuring the resilience of critical value chains needed for these technologies,” the draft states.

Attention will be paid also to addressing cyber threats, in particular with regard to the cybersecurity of EU institutions. Another key point is the geopolitical context around space and emerging technologies, with the proposal for an EU space-based communication system.

“The Russian invasion has caused the greatest disruption of commodity markets in the last half-century. The EU must drastically reduce its dependence on hostile or unstable regimes,” the paper stresses.

For the Czech government, the recipe for strengthening economic resilience involves targeted support for competitiveness on strategic technologies to promote domestic capacity and tighter trade relations with democratic nations such as New Zealand, Australia and Chile.

These measures are in line with the Chips Act, a proposal to boost chip production in the EU. Semiconductors are in fact explicitly mentioned as a critical supply, together with food, medicines and raw materials.

On this aspect, the Czechs also commit to deepening transatlantic cooperation on supply chain resilience in the context of the EU-US Trade and Technology Council.

Other economic priorities include the deepening of the internal market, stressing, in particular, the importance of the European Digital Identity Wallet and of a fair data market, which is the aim of the Data Act.

In terms of maintaining and developing democratic values and the rule of law in the EU, the Czech Presidency will focus on transparent financing of political parties, independence of mass media and open dialogue with citizens, referring in particular to the Conference on the Future of Europe.

“The Presidency will work to ensure that fundamental rights and freedoms are respected in the digital environment and will press for global standards to build on the so-called human-centric approach,” the draft adds.

The paper emphasises that with new technologies such as Artificial Intelligence, the EU has the first-mover advantage and should take the opportunity to set up the global standards. The need to set transparency measures and prevent misuse of cryptocurrencies is also emphasised.