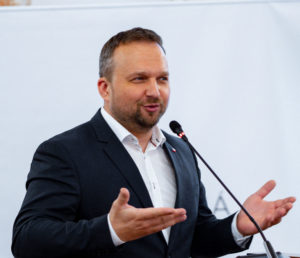 The Czech Republic took over the presidency in the Council of the EU just a few weeks ago. As we know, the time we are in now is very changeable and it is extremely difficult to predict what will happen tomorrow. The world is now facing a great number of problems and challenges. Europe is no exception. Most of all, we are witnessing unprecedented aggression, which is taking place just a short distance from our borders. Putin’s Russia has militarily invaded a sovereign state. For absolutely no reason. Huge number of people had to leave their homes and hundreds of thousands of such people have found safety in the Czech Republic. Coping with the unprecedented refugee wave resulting from Russia’s aggression requires European cooperation and solidarity. But the refugee crisis is not the only problem we will face in connection with the war in Ukraine.

Energy security and self-sufficiency will also be a key topic of the Czech presidency. Strengthening Europe’s defence capabilities and cyberspace security, strategic resilience of the European economy – these are the challenges we face. But there is no doubt that the Czech Republic is more than ready to accept this task.

Rising energy prices linked to Russia’s aggression against Ukraine, global economic developments, the transition to a carbon neutral economy and the search for new sources of energy as the EU reduces its energy dependence on the Russian Federation are significantly complicating the social situation of many EU residents and households, especially among the elderly and single parent households. The issue of energy poverty is one of the key challenges of social cohesion in the EU and the Czech presidency wants to contribute to the search for effective solutions to this challenge.

We want to underline the EU’s commitment to reducing child poverty by 2030, in particular by promoting their access to education at all levels and supporting steps to implement the European Guarantee for Children. In this context, the Czech Republic is ready to launch the debate on the draft Council Recommendation on the revision of the Barcelona targets with a view to its early adoption. We want to focus on the new EU Care Strategy aimed at reforms to develop accessible, quality and financially sustainable long-term care services and will work towards the discussion and adoption of the Council Recommendation on long-term care.

The topic, which is current not only in the Czech Republic, is working conditions of workers on online platforms. As part of this effort, we will make it a priority to achieve a general approach by the Council on the Directive on working conditions of workers on online platforms and to advance the negotiation of the Directive on the protection of workers exposed to asbestos at work.

This is a list of the most important priorities of the Czech presidency in the Council of the EU not only in the field of employment and social affairs. As we can see, there is a lot of work ahead of us. I do not think there are tasks ahead of us that we would not be able to solve. We suspect it will not be easy. But in recent months Europe has once again shown that it can hold together strongly. This is a key certainty that we can rely on.This is what makes the European community so strong and so important. 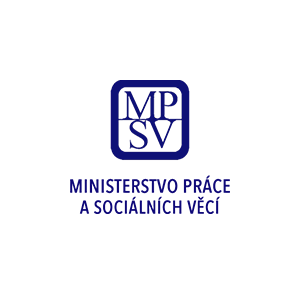