Despite being the new engines of growth for economies, startups are particularly hard to build even more so when the founders are technical first-time founders with no business experiences. For this reason, a new category of investors was created in the mid-2000’s to specifically help those with technical skills and great ambitions. Going by the name of Accelerators, this category of investors supports startups not only with cash but mainly with knowledge, experience and their network. Founded in 2011 by a group of Czech entrepreneurs and investors, Prague-based StartupYard is the longest running private tech startup accelerator in CEE. Recognizing that the CEE region is the home of many talented IT people, the goal of StartupYard, from its inception, has been to encourage, support and grow tech startups by surrounding the founders they select with a powerful network of experienced professionals (known as business mentors).

StartupYard specialises in pre-launch startups (startups which are about to go to market) led by highly technical people who need all the help in the world to become acute business people.

Since 2011, StartupYard has invested in 93 startups from 21 countries (half of them from Czechia and the rest mostly from CEE). From the Baltics, to the Balkans, founders who make it to the highly selective StartupYard program (only 3% of applicants are accepted) find themselves propelled into the business world to acquire all the skills and the connections they need to find early customers and early investors.

So far 11 of the startups accelerated by StartupYard have been acquired and 45 are still active which represents a very high success rate (over 60%) considering that when they were selected the vast majority of the startups did not have customers yet.

Czech people might be familiar with some of the StartupYard alumni like DameJidlo (acquired by Deliveroo), BrandEmbassy (acquired by Nice Technologies) or Rossum (flagged as one of the next Czech unicorns, a company valued at over €1B) to name a few of the most successful ones.

Since 2013, StartupYard has been led by French serial technology entrepreneur Cedric Maloux. Originally an engineer in Artificial Intelligence from Paris, Maloux founded its first internet business in 1996 which was acquired in 2000 by a US company. Since then, he has not stopped working as a founder and came to Prague in 2004 to build AllPeers, a globally acclaimed and award-winning peer-to-peer application for private ﬁle sharing, based on the Mozilla Firefox web browser. He is also known for successfully turning around Geewa, a Czech social gaming company, from money losing to profitability. Maloux is also the President of La French Tech Prague, an official Advisor to the French Ministry of Trade (Conseiller du Commerce Extérieur de la France) and a Board Member at the French-Czech Chamber of Commerce.

In 2016, StartupYard decided to narrow its focus and became the first European accelerator to specifically cater for Deep-Tech startups (mostly in the fields of Artificial Intelligence and Cryptography) after realising that AI and cryptography were becoming increasingly major trends in IT and that the successful startups of tomorrow would certainly be powered by one of these technology.

StartupYard is backed by Czech VC’s Credo Ventures and Rockaway Capital as well as a few local business angels. For business angels, investing into an accelerator like StartupYard allows them to gain access to a curated dealflow while spreading their investment risk over multiple startups.

So far, startups in the StartupYard portfolio have subsequently raised over €100m, have created 1,000’s of jobs and served millions of customers around the world. 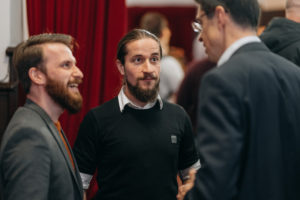 The success of StartupYard is mostly due to the strength of its network in Czechia and abroad as well as the combined power of its 125 business mentors who are helping the founders pro-bono. The mentors pool is composed of experienced corporate executives from some of the largest international corporations present in Czechia, as well as successful local tech entrepreneurs and investors who are all sharing their know-how and connections to ensure the startup founders get early traction. 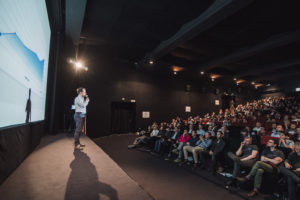 As a result, the StartupYard Deep-Tech program is industry agnostic and focuses on founders with strong technical backgrounds who use their knowledge to tackle global problems. The most successful companies in the StartupYard portfolio are startups in the fields of Artificial Intelligence (Computer Vision, Machine-Learning, Natural Language Processing) and blockchain.

This is far from surprising because the CEE in general and Czechia in particular are hotbeds when it comes to AI and crypto which both require serious mathematical skills, one of the strengths of the region.

In the field of AI, The Czech Institute of Informatics, Robotics and Cybernetics (CIIRC) from the Czech Technical University in Prague is at the forefront of Industry 4.0 with the teaching of students and the technology transfer to industry in the fields of automatic control and optimization, robotics, artificial intelligence, computer graphics, computer vision and machine learning, designing software systems, designing decision and diagnostic systems and their applications in medicine, energy transport, smart homes and smart cities.

Likewise, the Prg.ai association founded in 2019 by a group of academics from the Czech Technical University in Prague, Charles University and the Academy of Sciences of the Czech Republic with a significant contribution from the capital city of Prague is working on making full use of the local potential and turn Prague into a European centre of artificial intelligence.

Artificial Intelligence is to the 21st century world what electricity was to the 19th and 20th centuries and is already massively present in our day to day life. Whether you are doing a search on the web or looking at a news feed on your phone, there is an AI in the background making sure to serve you the best results. All the vertical industries are being rapidly transformed thanks to new machine learning techniques and the growing availability of data. At the same time, blockchain technologies are freeing data from proprietary silos and introducing traceability and accountability and the concept of dematerialised trust (via mathematical proof) instead of relying on opaque central organisations.

All these initiatives, in combination with a large number of venture capital investments flowing into the region has turned Prague into a leading tech hub in Central Europe. In order to maintain its lead, Czechia needs to produce more IT specialists, prepare its labour force for the change in paradigm facing the world and encourage entrepreneurship. For this reason, StartupYard continues to fund very early stage startups created by highly technical people because it is them who will build tomorrow’s successful businesses for the benefits of the whole world.