Ahead of the next UN climate conference (COP25) to be held in Santiago de Chile on 2-13 December 2019, Climate Action and Energy Commissioner Miguel Arias Cañete will take part in a ministerial dialogue on climate change known as ‘pre-COP’ in Costa Rica on 8-10 October. 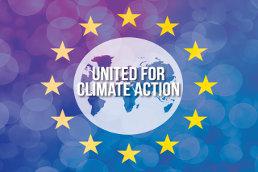 Ministers will discuss key issues on the agenda of the upcoming COP25 in Santiago, Chile from 2-13 December, including international carbon markets, the last outstanding item of the ‘rulebook’ for the implementation of the Paris Agreement agreed last year at COP24 in Katowice. Ministerial discussions and other events will also cover topics such as loss and damage from the impacts of climate change, gender and climate change, and the role of cities, nature-based solutions and oceans in climate action. The EU has been pleased to provide financial support for the COP, the pre-COP and many investments in sustainable low carbon and climate resilient activities in the Latin America region, through EUROCLIMA+.

The meeting comes in the wake of the Climate Action Summit convened by United Nations Secretary-General António Guterres on 23rd September to boost global climate ambition and rapidly accelerate action to implement the Paris Agreement. At the summit, the EU reaffirmed its commitment to accelerated climate ambition. The EU is the first major economy to put in place a legally binding framework to deliver on its pledges under the Paris Agreement and it is successfully transitioning towards a low emissions economy, with a view to reach climate neutrality by 2050.

Commissioner Arias Cañete said: “The European Union continues to lead on climate action by delivering on our commitments at home and continuing to work with international partners to raise global ambition and accelerate action. In Santiago, we are committed to securing a robust outcome on the remaining markets chapter of the Katowice rulebook. There is no time to lose to ensure the full and swift implementation of the Paris Agreement. The worldwide climate movement is a call to action for all of us, and Europe is answering this call.”