Today, Members of the European Parliament debated the EU’s position ahead of the COP26 Climate talks in Glasgow next month. The resolution, which will serve as the mandate for the Parliament’s delegation to COP26, will be voted on tomorrow.

Current national plans (NDCs) would still lead to an increase by about 16% of global GHG emissions by 2030 compared to 2010, where they should be reduced by at least -45% globally  to stay below 1.5°C by the end of the century. 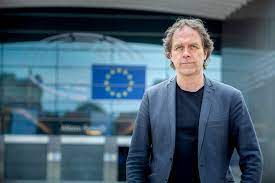 Pär Holmgren MEP, Greens/EFA shadow on the resolution and Greens/EFA member of the EP delegation to the COP26, comments:

“COP26 must keep the 1.5 pathway within reach. It is vital that all countries and sectors urgently raise their ambitions. We must ensure that the biggest emitters take their huge share of the responsibility.

“The science has been clear for 30 years, since the first IPCC report. Each year that goes by with insufficient political decisions is a year too many. Time is running out. The carbon budget is running out. For many people living in affected areas, the climate emergency is already here. It is essential that they get enough support. We need climate justice. Failure is not an option.” 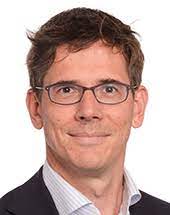 Bas Eickhout MEP, Greens/EFA member of the EP delegation to the COP26, comments:

“The COP26 needs to be about immediate action. To stay in line with the climate goals, the exploration and development of new oil and gas fields has to stop now. Yet, since the Paris Agreement, fossil financing has only grown. Even after vowing to phase-out fossil subsidies, G20 members still provide at least three times as much international public finance for fossil fuels as for clean energy. This has to stop. It is high time that we put our money where our

mouth is. Every cent spent on fossil fuel infrastructure hinders the transition towards a climate neutral economy.

Six years on from the 2015 Paris Agreement, COP26 will be a key moment to take stock of progress, but also ramp up commitments alongside a clear plan of action for how climate action targets will be met in the short, medium, and long terms.

From 2016 to 2020, the world’s 60 largest banks poured USD 3.8 trillion into fossil fuels. Even after vowing to phase-out fossil subsidies, G20 members still provide at least three times as much international public finance for fossil fuels (USD 77 billion) as for clean energy (USD 28 billion) every year.