IS THE EU ON TRACK TO GET EUROPE OFF FOSSIL GAS?

When we talk about climate change, it is clear what is at stake: The task of making sure that our children will still grow old on a livable planet, ensuring that the Earth stays within a temperature range that allows survival of a rich biodiversity and continued availability of clean drinking water as well as doing our utmost so we can stay safe from natural disasters and diseases linked to global warming. A rapidly growing sense of awareness has led to a situation in which we see millions marching in the streets, and where school kids all across the world boldly demand that decision makers act.

The climate action we urgently need to take is closely linked to natural gas, or fossil gas, which Europeans use in their daily life, which fuels industry processes, heats homes and generates electricity. The main message EU decision-makers support and which has been cemented in various legislative texts produced in the past years is that gas is a transition fuel, that gas is cleaner, that it emits less CO2 than other fossil fuels and that we will still need gas for the next decade or so.

GAS IS NOT A TRANSITION FUEL

So why is a rapidly growing number of nongovernmental organizations, grassroots movements and other civil society groups mobilizing against natural gas, or “fossil gas”? Independent scientists dealing with the impact of fossil fuels had a deeper look at gas and its climate impact and found that this fossil fuel does not deserve its reputation at all. Gas is a disaster for our climate – even though a tunnel vision of only looking at CO2 emissions, and not at all greenhouse gas emissions, might give a distorted image. This is because natural gas is basically methane, which is a significant contributor to radiative forcing and thus a warming climate. Methane from fossil gas can leak all along the gas life cycle. Methane has a global warming potential 87 times higher than that of CO2 during the next 20 years, and escapes during extraction of gas, at pipelines, compressor stations, during liquefaction, shipping, regasification, distribution and consumption. When the gas is burned it also emits CO2 (less compared to other fossil fuels but still considerable amounts). That means that Europe is today dependent on a fossil fuel which leaks a very potent greenhouse gas – methane – into the atmosphere and does not plan for an urgent phase out of this dangerous fuel. 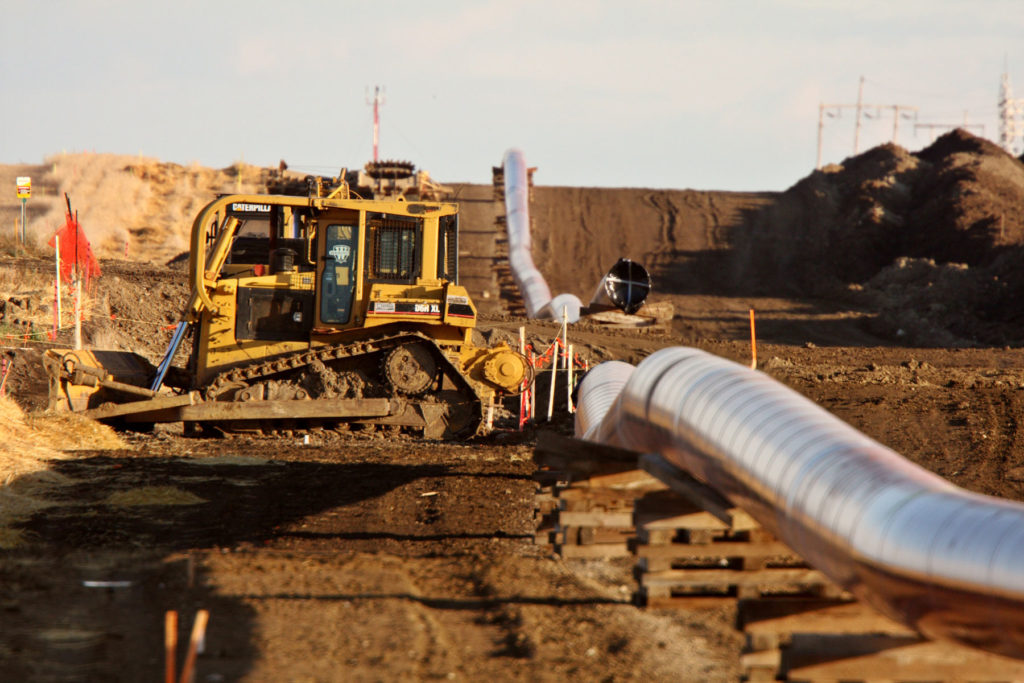 A methane strategy that the EU Commission plans to present in 2020 will try to look at this problem. However, data on methane emissions in Europe is very poor, and studies from the U.S show that methane emissions have been largely underestimated and occur in large part during extraction, particularly if hydraulic fracturing is applied. Commonly known as fracking, this is a method to force oil and gas out of rock formations by pumping huge amounts of water, sand and a mix of chemicals into the ground, which then risk ending up in aquifers.

Fracking can lead to methane leakage of up to 12%, making the carbon footprint of natural gas much worse than that of coal. A methane strategy will thus need to look at emissions in supply countries and consider a more appropriate timeframe when looking at the global warming potential (GWP) of methane. Currently, the time period considered for comparing the GWP of greenhouse gases is 100 years, however, when considering the next decade or two, the extremely harmful climate impact of gas compared to CO2 becomes visible. This time window is particularly important as it is getting clearer and clearer that Europe is running out of time to tackle the climate crisis, as the 2018 IPCC report or the 2019 UNEP Production Gap Report make crystal clear. All indicators point towards the urgent need for a swift phase out of this dirty fossil fuel as soon as possible.

BUSINESS AS USUAL DESPITE A EUROPEAN GREEN DEAL?

Nevertheless, it seems like the EU Commission hasn’t heard the warning calls from scientists, NGOs or from the kids taking to the streets. The mission letter to the new Commissioner for Energy clearly underlined the role the Commission wishes gas to play for the coming years, and asks to make “full use of the potential” of liquefied natural gas, LNG, which can come from countries with repressive regimes, riddled with corruption with barely existent environmental protection standards etc. Despite the promise of a European Green Deal, campaigners fear that the Commission president is just giving its policy a green coating and risks continuing with gas business as usual. 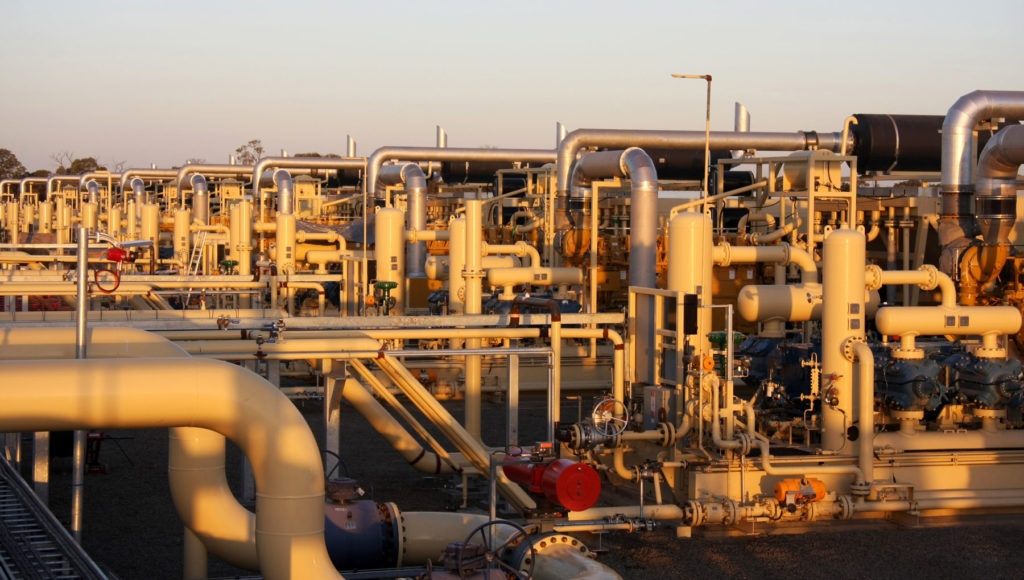 THE EU DOES NOT STRIP ITS POLICIES OF FOSSIL GAS DINOSAURS

Despite commitments to work towards a “carbon-neutral” EU economy by 2050, there is little sign of the EU Commission rolling up their sleeves and getting rid of legislation completely unfit for a post-Paris Agreement world and which still allows EU taxpayers’ money to flow into natural gas projects. In the Union List of Project of Common Interest, the so-called “PCI list”, the Commission, together with Member States, biannually selects a set of priority energy projects in the field of gas and electricity which can receive EU subsidies. The latest such list, published by the EU Commission in October 2019, contains dozens of new fossil gas projects, which, if not rejected by the EU Parliament by February 2020, will enjoy highest EU priority, a streamlined environmental impact assessment and fast-tracked permit granting. They are also eligible for funding under the Connecting Europe Facility (CEF), despite the undeniable need to fund projects that enable a transition away from fossil fuels, not infrastructure that locks us into fossil gas dependence for decades.

THE EIB – A STEP TOWARDS A FOSSIL FREE EUROPE OR OPEN ARMS FOR GAS?

The 4th PCI list is also at the crossroads of another important financing instrument of the EU: The European Investment Bank. Despite the EIB decision in November 2019 to stop funding fossil fuels, the EU Bank decided to still channel money towards gas projects if they are PCIs on the 4th list and receive European funding. This is an undeniable fossil gas loophole which won’t be closed until the end of 2021. Also, the pretext of possible compatibility of fossil gas infrastructure with “renewable” gases risks leading to continued EIB and CEF support for fossil gas in the years to come.

With regard to the PCIs, an important next step will be to ensure that support for fossil gas will cease immediately. In order to ensure this, the Commission will have to commit to a swift revision of the Trans-European Networks for Energy (TEN-E) regulation. It represents the rulebook for the process of how PCIs are being selected, a process that to date allows big fossil gas transmission projects to become EU priority and that is currently heavily influenced by the gas transport industry.

In the case of the EIB it will be crucial to ensure another review of the bank’s energy lending policy soon and a proper exclusion of projects that are not exclusively supporting very low or zero-greenhouse gas alternative gases, in order to close the backdoor for indirect support for fossil gas. 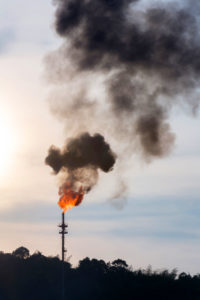 For future EU gas legislation, a genuine, transparent discussion about so-called “renewable”, “green”, “decarbonized” or “clean” gases will be crucial to ensure that the important upcoming pieces of EU legislation around gas will help the bloc to get rid of its dependence on fossil fuels. The way the discussion around these alternative gases is taking place on EU level now bears the big risk of directly and indirectly benefiting fossil fuel corporate interests and severely harming a transition towards truly renewable energy. While in very limited cases fossil gas infrastructure could be used to transport alternative gases, these non-fossil gases have completely different requirements regarding capacity, physical grid properties and transport routes than traditional natural gas networks. Also, alternative gases such as hydrogen are today still almost entirely produced with fossil fuels, mostly natural gas. Moreover, options like “decarbonized gas” rely on capturing and storing or utilizing CO2 (CCU/CCS), technologies that haven’t shown any large-scale impact and have seen a high number of cancelled projects despite overly optimistic promises made a decade ago.

Decision makers will need to cast a very critical, very close look at these gases and require a definition of alternative gases that only allows for truly sustainable options with zero or very low greenhouse gas emissions. We cannot afford to continue allowing dangerous CO2 and methane emissions to pollute our atmosphere while trusting that highly uncertain technologies such as CCS/CCU etc. will become a viable solution at some point in the future.

Civil Society, science and NGOs, increasingly knowledgeable about and sensitive to the issues around fossil gas, will certainly keep a close eye on every step the EU decision makers plan around gas. We will work relentlessly to push EU legislation to deliver a (truly) fossil free pathway in line with the Paris Agreement and that really deserves being called a “European Green Deal”.

Food & Water Europe is the European programme of Food & Water Watch. Food & Water Watch mobilizes regular people to build political power to move bold & uncompromised solutions to the most pressing food, water, and climate problems of our time. We work to protect people’s health, communities, and democracy from the growing destructive power of the most powerful economic interests.