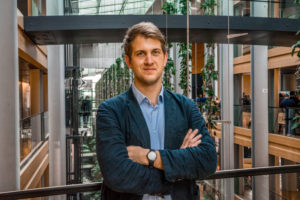 The European Union has drawn up a project aimed at qualifying certain power plants running on natural gas and nuclear energy as “transitional” or “ecological” investments, on condition, however, that they meet specific criteria.

By reserving the “green” label for truly climate-friendly projects, the system aims to make these investments more attractive to private capital and to put an end to greenwashing.

Investments in nuclear power will be described plants as green if they have a plan, funds and site for the safe disposal of radioactive waste.

Extending the lifespan of existing plants will also be considered environmentally friendly if they meet “the highest possible security standards”.

Investments in power plants running on natural gas will also be considered green if they meet other conditions.

The production of electricity from gas and nuclear would be qualified as environmentally friendly as these are “transition” activities.

“Taking into account current scientific advice and technological progress, as well as the various challenges posed by the transition in the Member States, the Commission believes that natural gas and nuclear power have a role to play in facilitating the transition to a predominantly future made up of renewable energies,” theEuropean Commission said in a statement

To help states with different energy backgrounds make the transition, “under certain conditions, solutions that don’t really seem [green] at first glance may be of interest,” a Commission source said.

This project has been mired in lobbying by governments for over a year and member states disagree on which types of fuels are truly sustainable and which are not.

However, other states, such as Luxembourg, Germany and Austria, are strongly opposed to nuclear power.

Green MEPs have also criticized this proposal. German lawmaker Michael Bloss notably expressed himself: “Calling nuclear and gas green is pure greenwashing!” Unfortunately, this is what the European Commission did under the leadership of Ursula von der Leyen. We Greens / ALE strongly oppose it. A true energy transition at European level is only possible with 100% renewable energies! ”

World Cup: Qatar’s sustainable stadium for 2022 would only be “com”, according to some critics

As football comes under pressure to become carbon neutral, one of the main sources of emissions remains the stadiums that must be built for each World Cup, an issue Qatar seeks to address.

Qatar proudly presented the 974 Stadium to the world on November 26, 2021. Made from recycled shipping containers, the stadium is named after the number of containers used and its Qatari area code.

The design, based on prefabricated modular elements, reduced waste generated during production and on-site during construction, the owners say.

The question of greenwashing

Conservationists fear the new stadium will be just a big greenwashing exercise.

The stadium, built from recycled materials allows it to be taken apart and transformed into multiple smaller stadiums or to be easily scrapped.

Yet the innovative seaside stadium, which can dispense with cooling systems due to its construction and location, is just one of eight massive stadiums being built by Qatar for the 2022 World Cup. “That doesn’t mean they’re the biggest culprits in the world. It just means they have a duty, ”Ms. Hajj told DW.

Qatar’s residents have one of the largest per capita carbon footprints due to their oil-based economy in a relatively inhospitable environment requiring artificial cooling.

To deliver on the Organizing Committee’s commitment to “measure, mitigate and offset all greenhouse gas (GHG) emissions from the 2022 FIFA World Cup ™” will ultimately require a massive amount of “Carbon offsets” because the majority of emissions from air travel and site construction are difficult to reduce.

Offsetting “unavoidable emissions” by planting a million trees, as Qatar has promised, rather than using solar or wind power to cool stadiums, is not what Phillip Sommer of the German environmental protection association, would qualify as sustainable, he said

Neither organizers like SC nor FIFA “should rely on offsets, but on direct investments in solar or wind power, and link site conditions to the climate footprint of member countries,” said Michael Bloss, European legislator of the Greens.