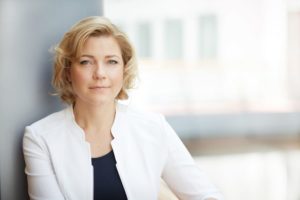 To what extent is regulatory stability essential to attract investment in decarbonization and preserve the path of energy transition in a context of rising energy and commodity prices?

Henna virkkunen, MEP of the National Coalition answers us

The dependence on imported energy is a big problem for the EU, noting that Algeria’s role in triggering this conflict only make it worse. The closure of the pipeline could lead to price increases, especially in Spain and Portugal.

All disruptions in the transportation of natural gas, especially during the fall and winter seasons when gas consumption is at its highest, are difficult to manage. In 2020: already 60% of the energy of EU countries was imported.

Algeria announced at the end of October its decision not to renew the agreement on the Maghreb-Europe gas pipeline (GME). This unilateral act is considered by many European observers and politicians as blackmail on the part of Algiers towards European countries for having supported the latest UN Security Council resolution which consolidates the achievements of the Kingdom on the issue of Moroccan Sahara.

The EU’s “restrictive” approach to biofuel sustainability criteria will affect the ability of producers to meet the growing demand for green fuels from the transport sector.

A clear example of inconsistency in the Fit for 55 package is the fact that we observe an increasing demand for biofuels on the one hand but that, on the other hand, the sustainability criteria for biofuels are becoming more restrictive.

I argue that EU climate legislation should provide regulatory certainty and a long-term investment prospect for industry and called on the EU to take a technology-neutral approach to the goal. reduce emissions.

The Commission has also adopted a delegated regulation which allocates a certain percentage to biofuel feedstocks assessing their impact on indirect land use change (CASI). This is a phenomenon whereby farmers choose to cultivate lucrative plots for biofuel rather than food, especially in developing countries.

Indeed, the current direction of biofuel production implies, in theory, that more land must be cleared for agriculture, which ultimately increases emissions.

Only palm oil, which has a soil expansion percentage of 45%, has actually been banned as a feedstock for biofuels in the transport sector in the EU. However, environmental activists are increasingly critical of soy, which scores 8% (rapeseed scores 1%).

The current list, already short, should at least not be shortened any further”, saying that the EU must use all means at its disposal in order to rapidly reduce emissions linked to the transport sector.

Biofuels and electrification of transport should not be seen as opposites but rather as complementary means of delivering on Green Deal promises.

The Fit for 55 package recognizes the need to increase the use of biofuels in order to meet climate goals. However, when it comes to realistically meeting the increased need for biofuels while at the same time we are making their production more restrictive through sustainability criteria.

In the EU proposals, biofuels derived from food and feed crops do not meet the criteria for use as green fuels for aircraft.

For sustainability reasons, first-generation biofuels such as biofuels from food and feed crops, which have limited potential and raise sustainability concerns, should not be supported, says the ReFuelEU Aviation proposal, which aims to reduce emissions from aircraft.

Instead, sustainable aviation fuels (SAFs) will be made up solely of advanced biofuels and electrofuels.

Although not an outright ban, the FuelEU proposal for the maritime sector, which aims to make maritime activities greener, also prevents the use of crop-based biofuels.