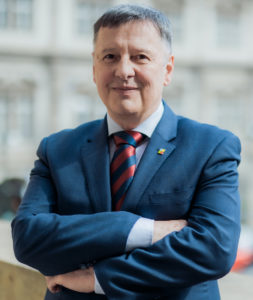 Czech Priorities in the area of Education, Youth, Sport, and Research –
Opportunity for “New Europe”

The Czech Republic takes over the Presidency at unprecedented times. The world has not yet fully recovered from the Covid-19 pandemics when the barbaric Russian aggression against Ukraine changed the geopolitics in Europe. And we all had to use the substantive “War” together with present tense “IS”. The “War is” in Europe.

It shattered values we have taken for granted. We all need to remind that human rights, freedom, democracy, or legal state are the principles that formed Europe and must not be questioned. Yes, these principles are expensive, but expensive thinks are worthy. We should not be afraid to call things true. War is war, not a special operation. Invasion is invasion, not protection of own territory. We teach these basic premises to our own children. We explore these theses in research. And these sentences form our present.

Under these circumstances, the European Union must act unanimously towards ensuring the security and peace, help refugees, resolve the energy crisis, but as well fight against pro-Russian propaganda and other tools that want to challenge our values. With regards to the strategic development of the European Union, the priorities of the Czech presidency were chosen.

Given the context, the Czech Presidency has selected its priorities in the field of education in line with the strengthening the European Education Area by 2025 and in line with the Commission approach.

We have introduced the draft Council Conclusions on supporting well-being in digital education. Our aim is to contribute to improved, more effective and safer on-line education. Most of the member states have started with the distance learning, have secured the necessary e-education tools, and have generally taught teachers how to use it. However, the impact of e-education and distance learning on the pupils, their mental and physical health, and their ability to live in both real and digital world, reflecting their specifics, is unclear. Safer on-line environment, digital and media literacy, critical thinking, information interpretation will be touched as well. Conclusions will focus on well-being in e-education in broad context, since these covid-forced, but long-awaited and predicted changes will be with us for good. The more important is to raise the question of metal and physical health of children during distance education.

The Czech Presidency will focus on the draft Council Recommendation “Pathways to School Success” as well. It was published by the European Commission the last day of June. Comparison of PISA 2018 and the post-Covid situation revealed worsening trends and even deepened the existing socioeconomic inequalities. The Recommendation aims at improving the basic skills, strengthening the upper secondary education, and reducing early school leaving. As the overall wellbeing is one of the cornerstones for the success, Czech presidency is convinced, that the Recommendation will complement the above-mentioned forthcoming Council Conclusions. The thesis that « no one will be left behind » must be supplemented by concrete steps to prevent the opening of scissors between different socio-economic, national and ethnic groups of people. Our future is built precisely on each of child and development of his/her potential, regardless of origin.

Concerning the evaluation of the European Education Area, we expect, that the Commission will publish the progress report in the forthcoming weeks. This paper could form the basis for one of the policy debates at the Council – of course, in addition to the impact of the Ukrainian crisis on the education, youth and sports agenda. The Czech Presidency will specify the topics of all policy debates later, depending on the current political situation in Europe.

Among the events planned, we want to highlight the flagship Conference CZEDUCON focused on tertiary education. European Universities and their first evaluation, microcredentials, internationalization or automatic recognition of diplomas – these are just few points of set up conference agenda.

In the field of the youth, the Czech Republic would like to introduce a new phenomenon stressed during the Covid pandemic – intergenerational dialogue and solidarity. The Youth Working Party will draft the Council Conclusions on promoting the intergenerational dimension in the youth field to foster dialogue and social cohesion. Crisis situations have shown that young people are aware of their responsibility for the present and the future. During the covid pandemic, they helped seniors with shopping, testing or IT skills. On the other hand, seniors could, for example, get involved in babysitting or tutoring. Thus, an imaginary circle was closed, where the young learn from the elders and the elders from the young.

This very current topic was also thoroughly discussed during the EU Youth Conference hold in Prague on 11th – 13thJuly. The 9th Cycle of the EU dialogue with young people, focusing on “Sustainable Green Europe” and “Inclusive Society”, was prepared by the presidential TRIO and guarantees its continuity. The European Year of Youth 2022 will culminate on the 6th December, when the European Parliament, the Commission, and the Czech Presidency will launch the conference focused on the Youth policy and the legacy of the whole year.

In the area of sports, Ministry closely cooperates with the National Sports Agency. The Czech Presidency will be dealing with the topic of Sustainable and accessible sports infrastructure. The importance of this topic is strengthened both by the Covid-19 pandemics and Russian aggression against Ukraine. This priority is in line with the objectives of the Green Deal for Europe and the Next Generation EU package. The Czech presidency will introduce the Council Conclusions on this topic, focusing on environmental, social, and economic sustainability, notably climate neutrality and energy efficiency. An important dimension builds availability of sports infrastructures, to ensure everyone has equal access, incl. Ukrainian refugees (children and adults) who, thanks to sports, can forget the horrors of war at least for a while. Nobody left behind – in sports too.

“Sport as a framework for supporting tolerance, solidarity, inclusion and other sport and EU values” is the second topis. It will be discussed at the meeting of General Directors for sport. The main goal is to brainstorm how professional athletes may support the EU values. Professional athletes are role models for the whole society. The secondary impact of their performances is huge. It turned out that Russia is trying to win some of them over to its side.

Finally, the priorities in the area of research follow the eighteen-month programme of the French-Czech-Swedish Presidency Trio. In addition, they also reflect the priorities set out by the European Commission for 2022. The Czech Presidency will focus on three topics.

Synergies are critical to prevent the investment efforts from being fragmented and to avoid their duplication. Only with correctly set synergies, it will be possible to harvest the full potential of public and private investments aimed at strengthening the competitiveness of European economy and reinforcing the preparedness of European society to address societal and economic challenges. The Czech presidency organized flagship conference on synergies from 7th to 8th July 2022. It brought together more than 300 European stakeholders, including at the high political and expert levels, to explore possibilities of enhancing synergies. Same topic was discussed during informal meeting of European Research Ministers from 21st to 22nd July 2022. Another goal is to adopt the Prague Declaration on Synergies, inviting European stakeholders to take action in order to remove persistent barriers and overcome existing obstacles that are hindering synergies. And to endorse the Council Conclusions on Synergies, addressing the report of the European Court of Auditors, which shall be finalised in late autumn this year

Last big challenge for the Czech presidency is the introduction of a new European Innovation Agenda. Against this background, the Czech Presidency is envisioning endorsement of the Council Conclusions, which shall build on the Commission Communication on a new European Innovation Agenda published in early July. Czech presidency has also the ambition to finalize negotiations of the proposal for a Council Regulation amending Regulation establishing the Horizon Europe Joint Undertakings with regards to the Chips Joint Undertaking. Finally, Czech presidency shall also continue concluding the Association Agreements to Horizon Europe with third countries.

Generally, Europe is well placed to succeed in breakthrough, deep-tech and disruptive innovations. Europe is the global leader in science and new knowledge production. Europe has strong industrial infrastructure and fast-growing start-up ecosystem. European education institutions are reputable and public-private partnerships are supported. In addition, Europe also has long-term evidence-based policy orientations setting out ambitious and far-sighted goals to respond to critical societal and economic needs. Nevertheless, the global strategic competition and complex geopolitical situation that impact the supply chains urgently call for an advancement of the European innovation ecosystem. It is needful not only to facilitate the post-pandemic recovery, and twin green and digital transitions, but also to mitigate and diversify the damaging dependencies on external suppliers. Europe must reinforce its self-sufficiency in critical technologies and achieve the open strategic autonomy.

The circle is closed, the Czech presidency has begun! 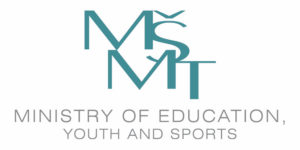