Could you introduce to us your company and your point of view on the European Green Deal objectives?

Our company, 450 is a start-up that introduces a new currency dedicated to the fight against climate change as part of the financing of an H2020 research project under the number #768774

To succeed in the execution of the European Green Deal, it is necessary to go from individual premiums distribution logic to the creation of a collective narrative around the climate issue.

For 45 years, Europe has been pursuing energy policies that have stabilized CO2 emissions and energy consumption, but which will not allow the achievement of carbon neutrality by 2050. The three main economic instruments used, regulation, taxes/quotas, and subsidies have thus shown their limits.

Monetary innovation, as part of a new monetary competition that is taking hold, particularly with the introduction of Facebook’s “Libra”, could open a promising new path.

An economic agent that reduces his CO2 emissions by one ton receives a credit of 1000 €O2. A €O2 therefore corresponds to one kilogram of CO2 less in the atmosphere, recognized in accordance with a methodology approved by the United Nations Framework Convention on Climate Change.

To accelerate the circulation of this currency, which measures actual CO2 reductions ex-post, Europe must encourage its Member States to accept that citizens and businesses can pay part of their taxes with this new currency (the €/€O2 exchange rate will be set by the value of the carbon tax of each Member State) and that each Member State can pay part of its national contribution to the European budget with the €O2 it has collected. 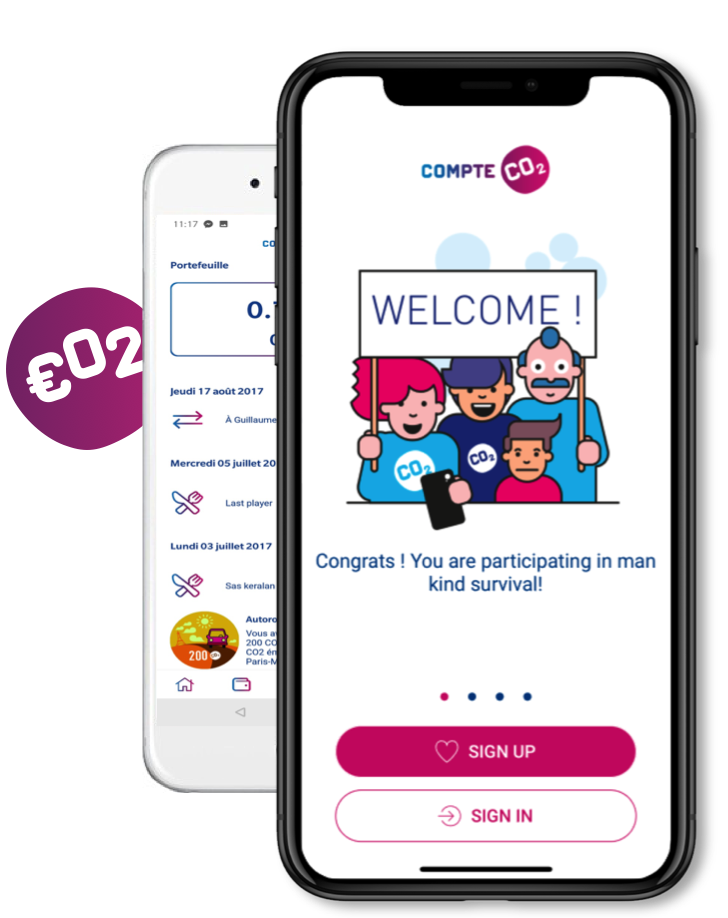 Why not giving a subsidiary directly to buy performing equipment instead of using a new currency?

1- Subsidyies don’t allow to count CO2 emissions and don’t provide educational information. About 95% of the population does not know their own CO2 emissions levels. This lack of CO2 accounting is a key issue in fighting climate change. With no metrics the population is blind and not in a situation to act. In our meeting room on November 5th, at the EU commission, only one person out of 21 that were present, had performed a carbon footprint evaluation. So even at policy makers level, no one knows how much CO2 he emits.

2- Subsidyies don’t suppress Free riding and rebounce effect.Free Riding effect occurs in 50 to 90% of the cases : without the subsidy, investments would have been made any way. Rebound effect offset 25 to 70% of anticipated energy reduction, as subsidy are not made on ex-post measurements but only on ex-ante This is not an efficient use of public money, and a waste of 1€ 19.8 bn per year in France alone.

Manufacturers and installers are capturing part of the subsidy. They are those promoting the State subsidies and show to their customers on their quotes how much customers will be paid back by the States subsidies. As a consequence, all manufacturers and/or installers increase their prices, as they know that the final end price will be lower. They thus promote the final end price to customers.

Initiative for a European Climate Currency

Shaping the future of our societies, livelihoods and planet 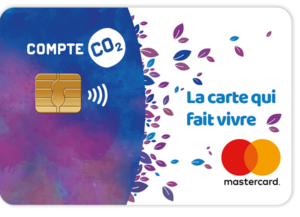 A clear diagnosis, an inability to act that fuels collapse scenarios

Diagnosis of the influence of emissions of G.E.S. on climate change is now certain. The answers are not only under discussion but disputed which makes it very difficult for states to implement concrete solutions. This fuels a climate of anxiety that tends to make us believe that the only solution would be a sharp break with the functioning of our societies, with our ways of life, proposed by the prophecies of an economic collapse.

The major reason for this inability to reconcile the diagnosis and the proposed political solutions lies in the nature of the latter. Indeed, as shown by Australia’s helplessness in the face of ecological catastrophes affecting the country or the violent anti-tax and anti-regulatory revolt that hit France in 2018-2019, vertical solutions, “top-down”, are subject to very serious limitations: social equity in the face of climate change and its costs, the capacity of the richest to protect themselves from the consequences of these changes, rebound effects and windfall effects fueled by public GHG reduction programs. A very good example of the complexity of the situation: the major failure of policies to reduce the automobile impact. The diesel engine crisis, mainly in Europe, and the elimination of the reduction of GHG emissions brought by electric vehicles as a result of the development of SUVs demonstrate the extent of these negative effects that are draining their content from public policies.

The reason for this failure is simple: if the diagnosis is correct, the problem is not the state, but the behavior of millions, or rather billions of individuals and businesses. They are the ones to be addressed by asking them to think about their behavior, within their means, and according to their situation. Imposing a procrustean bed in the form of regulations or taxes can only fuel social resentment, windfall effects and rebound effects.

The solution we propose is based on this dual diagnosis: the problem is GHG emissions; the key is in the hands of individuals and businesses. To bring us a little closer to unlocking the problem, we suggest using a nudge, a monetary endowment that sanctions ex post the observed reduction in GHG emissions of the individuals or companies considered. In short, rather than massive solutions involving “large” issuers, we focus on the millions, or rather billions of small GHG emissions that, combined, are inestimably larger. In doing so, our proposal also makes it possible to overcome the social challenge raised by climate change, by rewarding everyone to the extent of their efforts. 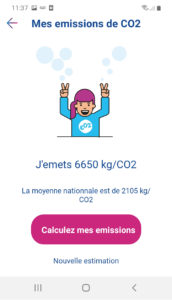 Our proposal: to make everyone the author and the doctor of our planet

The price of a ton of CO2 is finally rising in Europe and around the world. At the same time, the technical tools are in place for measuring, in the areas of housing and transport, the final emissions over a given period of time – a month, a year.

Our proposal is simply to provide individuals, families, businesses, communities, associations, a tool for measuring their final emissions, and remunerate the observed reduction of these emissions over a period of time. This approach eliminates from the outset windfall or rebound effects, since only the reductions are paid. Today, however, the incentives relate to projects whose impact on GHG reduction is evaluated a priori, without taking into account their actual use, the motivations of the actors, or the negative behavioral evolutions that their use can generate.

Since it potentially targets everyone, it can accumulate millions of small reductions for an infinitely greater total than the impact of a sectoral action. In addition, it rewards all individuals, regardless of their income or wealth.

Finally, it gives individuals and businesses the freedom to choose – within the framework of an explicit regulation or incentive – their reduction path of their GHG emissions. Thus, our proposal allows a bottom-up approach, naturally adapted to particular situations and open to local and systemic innovations that are the condition for the ultimate success of reducing global GHG emissions.

To be socially and economically efficient, we also propose that this remuneration for the reductions in GHG emissions can be used to pay taxes (local taxes, income taxes), which will also make it possible to associate it with a policy of fiscal and social redistribution. By linking GHG reduction and taxation, the project reinforces the link between these two dimensions of our collective and individual destinies: we are all the authors and doctors of our life and our planet.

This project has received funding from the European Union’s Horizon 2020 research and innovation programme under grant agreement No 768774.
www.beneffice.eu