Shared History as a Ground for Future Relations 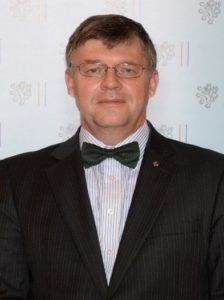 The intensive relations between the Czechs and Slovenes could be traced back to early Middle Ages, when according to historians the land of Carniola in today’s Slovenia has been a part of the Samo’s Empire with the centre in Bohemia in 7thCentury. Later on, in 9th and 10th Century the east territory of Slovenia joined the empire of Great Moravia uniting the Czechs and Slovenes in one state again. The tradition of common statehood continued in the following centuries. Between 1269 and 1278 the King Ottokar II of Bohemia connected Carniola to the medieval Bohemian state and in 15th Century the Bohemian King and Roman Emperor Sigismund of Luxembourg married the Slovenian noble Barbara of Cilli making her the Queen of Bohemia and symbolically uniting the two nations into one. From 16th Century until 1918 the Czechs and the Slovenes shared the common Habsburg monarchy. For almost 400 years both nations lived side by side, influenced each other and established a living tradition of rich and intense mutual relations, which endured the turbulent 20th Century and continues developing until today.

Both nations share the history of developing democracy, which has been suffocated by the occupation during the Second World War and then buried in the communist totalitarian regime. Both nations also share the hope in the dawn of democracy after 1989 and the will to return to Europe and join the European and transatlantic integration. We have become united again. The history of joint statehood, similar culture, cuisine, traditions, beliefs and even stories we tell our children created mutual understanding, which enables effective, smooth and productive collaboration in politics, business, culture and science as well as in tourism or sport.

In 2022 we have celebrated the 30th Anniversary of diplomatic relations between the independent Slovenia and Czechoslovakia. The Slovenes gained from Czechoslovakia an early recognition after declaring their independence and the diplomatic relations followed. After the Czechoslovakia peacefully split into the two independent states, the relations between Slovenia and the newly formed Czech Republic continued on high level standards. In 2000 Slovenia was visited by Václav Havel, who confirmed the exceptional good relations between the two countries by claiming that “With the exception of the Slovaks, it would be difficult to find two other Slavic nations that are so closely linked as the Slovenes and the Czechs”.

Political relations among both countries are very close. Similar opinions and political positions are shared in a large variety of areas and international organizations. In bilateral relations there are no open issues, no grievances nor taboo topics. The relationship is open, sincere and based on a solid ground. The density of bilateral visits at all levels is very high. There have frequent visits from both sides at all levels, including Presidents, Prime Ministers, Minister of Foreign Affairs, Presidents and members of both Parliaments in the last years. The bilateral relationship is fostered by shared views on Transatlantic and European security, the future of Europe as well as by joint cooperation within the Central Europe. New formats emerged including the Three Seas Initiative and the very active format of Central Five, bringing together the former countries of Austro-Hungarian monarchy dwelling in Central Europe. During the Covid pandemics both our countries have been helping each other as the Czech Republic provided Slovenia with medical equipment in 2020 and received from Slovenia vaccines in 2021. The political authorities as well as the media have acknowledged the friendship in times of need.

We are also cooperating in the EU within a number of policies where we are likeminded countries, including the enlargement policy, cohesion policy or justice and interior affairs and in the NATO or UN. Both countries are staunch supporters of the European perspective for EU neighbouring countries including Western Balkans or Eastern Partnership. Slovenia is as well as the Czech Republic prepared to reduce the energy dependency on Russia and other authoritarian regimes. The Czech Republic was one of the first states to publicly support the Slovenian candidacy to the non-permanent seat in the UN Security Council in 2024 – 2025. The Czech policeman helped Slovenia in 2021 to safeguard its borders and protect it from illegal migration.

During the CZ EU PRES, which started just few days ago and will last for the next 6 months, we are preparing various activities which will increase even more the visibity of Czechia in Slovenia. Activities include presentation of the Czech EU PRES in the parliament, organization of meetings between EU Head of Missions and candidacy countries with Slovenian politicians in the capital as well as in the countryside, presentation of Czechia as the EU presidency country in the regions  through cultural activities etc.

The mutual trade is continuously growing. In 2021 the volume of mutual trade reached 1.733 billion EUR, which is the highest number in history, surpassing the year 2020 by more than 16.4%. Despite the pandemics of Covid-19, the mutual trade has kept growing, proving the business ties firm and resilient. Regardless of its size, Slovenia is the 25th most important Czech economic partner, while the Czech Republic lists among the top 10 Slovenian trade partners. The Czech export to Slovenia has exceeded 1 billion EUR in 2021 making Slovenia a prospective market for the Czech entrepreneurs, exporters and businessmen.

Another rapidly developing field are the investments. At the end of 2020, Czech investments amounted to EUR 311.4 million and represented 1.9% of the total volume of foreign direct investments, which ranks the Czech Republic on the 12th place among the most important investors in Slovenia. The latest Czech acquisitions – companies like SŽ-Tovorni promet or Alpina – further deepened the mutual economic interconnectedness.

There are plenty of areas of business opportunities. The economic projects for fostering the mutual economic ties are focused on defence industry, nanotechnologies, green technologies, digitalisation, infrastructure, medical devices or construction. As an example of such a project is the large economic event in 2021, when the Association of Defence and Security Industry of the Czech Republic accompanied by the Czech Deputy Minister of Defence and a great number of Czech companies have signed a Memorandum of Understanding with its Slovenia counterpart and started a new chapter in building the Czech and Slovenian business relations.

The future projects include the possible presentation of Slovenia at the Trade Fairs Brno, the leading organizer of international trade fairs tailored to the needs of the Czech economy and its industrial sectors. International trade fairs held in the Brno Exhibition Centre are a platform for development of international trade and export. Another example if a future project is the already 2nd volume of Slovenian presence at the Czech NATO Days in Ostrava, Czech Republic, the biggest security show in Europe, held after the successful visit of the Slovenian Minister of Defence in 2021.

The Czech Republic and Slovenia may present themselves with an outstanding collaboration in the field of cultural and art. The cooperation is diverse encompassing architecture, music, fine arts, literature or film and many others. Cultural bond is firmly grounded in the long history of mutual ties. The Embassy of the Czech Republic is preparing an exhibition called “Czech Footprints in Slovenia”, presenting on 22 panels the colourful palette of Czechs who left a remarkable legacy in Slovenia. The fields with Czech influence or at least a mark range from architecture, spatial planning, beekeeping, sport, movies, theatre to speleology or pharmacy.

In 2022 the Year of Jože Plečnik is being celebrated in Slovenia and the Czech Republic commemorating the 150thanniversary of his birth and remembering the life and works of the Slovenian grandmaster of architecture, who has forever changed the face of Prague. The Embassy has presented in Slovenia an exhibition covering the works of Jože Plečnik, which has already been displayed in seven Slovenian cities. Other projects include literary seminars, screening of the Czech movies, organising exhibitions and concerts. The cultural exchange between Slovenia and the Czech Republic is intense and fast growing with famous past and prospects for bright future. 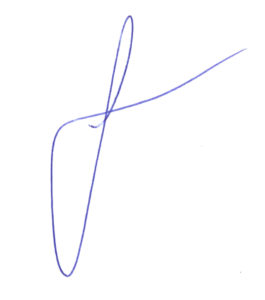