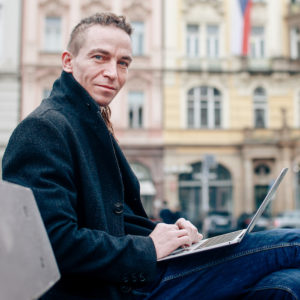 As a Minister responsible, among others, for regional development, I will focus during the Czech Presidency on Cohesion Policy as a very important European investment tool helping Member States and their regions to develop. I would like to provide the EU with a vision. The 8th Cohesion Report, published this spring, is an excellent starting point and basis for this reflection. Cohesion Policy has a great value for stimulation of sustainable economic growth and it is the only policy reflecting  territorial and regional specifics and potentials. It is irreplaceable and significant to ensure the development of all regions and to decrease differences across all EU regions.

Cohesion policy is able to respond to new challenges and to the regions’ needs. It is dealing with regional development, but also with climate change, digitalisation and energy transition, helping in general to meet current goals and directions of the EU.

This policy is also able to respond flexibly to unexpected situations, such as crises or natural disasters and has been the very first policy to react to the pandemic. It also helps to combat natural disasters such as drought or the bark beetle calamity.

For six months, the Czech Republic will run European meetings and create compromises and agreements among Member States, a role known as an honest broker – an honest distributor of information among all players while maintaining neutrality of a presiding Member State. But if we are to be neutral, can we enforce or change anything? We can, because it will be us who will organize and plan the meetings, prioritize the agenda, negotiate, represent the EU Council and communicate in general.

Now, the Czech Republic is in a different position than when it presided the EU in 2009. We are not a newcomer – not when it comes to the Presidency, nor Cohesion Policy. We have years of experience of project planning, managing and closing. We have gone through the economic and pandemic crises with Cohesion Policy proving itself as a fast and effective tool. It is also proving itself now as a flexible and indispensable mechanism that helps to deal with the consequences of the war in Ukraine.

Last but not least, Cohesion Policy will play a key role in meeting the goals of the European Green Deal and other critical areas, such as digitalisation or the transition of coal regions. We aim to present Cohesion Policy as a long-lasting, flexible and modern EU policy of great importance.

The Czech Republic sees Cohesion Policy as a key investment policy. Therefore, it is desirable to maintain it in the future as well. It is a key instrument not only for reducing disparities among regions, but also for digital and green investments, which are becoming a priority in the EU.

In the course of the Czech Presidency, discussions will include the direction of Cohesion Policy after 2027, negotiating amendment of existing legislation, special reports of the European Court of Auditors, or other EC initiatives related to Cohesion Policy and the agenda connected to regional and urban development. Given the current political situation, discussions about the impacts of war in Ukraine must also be taken into consideration.

The political debate about the future of Cohesion Policy will also touch on tools of Just Transition, Green Deal for Europe and Recovery and Resilience Facility, which should result in the preparation of the Council conclusions regarding Cohesion Policy and their approval at GAC Cohesion in November 2022.

Advocating for Cohesion Policy: The Czech Republic is the only classic cohesion country of the Presidency TRIO, which allows us to use specific examples to demonstrate how Cohesion Policy contributes to increasing the citizens’ standard of living and economic competitiveness. We would like to present our experience and benefits at events organized in the course of the Czech Presidency.

In terms of regional policy, we will focus on building an innovative environment to ensure the most effective development of regions and cities, also with regard to the concept of smart cities and the development of functional metropolitan areas and agglomerations. We deem it essential to continue to reduce disparities among regions and to support economically and socially vulnerable regions. We will strive to implement a strategic framework, such as the Territorial Agenda 2030, the New Leipzig Charter, the Ljubljana Agreement, the Davos Declaration and the EU’s long-term Vision for Rural Areas 2040. Moreover, we will focus on improving the indoor and outdoor building environment.

In the area of tourism, we will focus on issues such as resilience, sustainability, and digitalisation of this field, especially with regard to the Coronavirus pandemics, and eventually also on the response of tourism to current challenges, like, for example, security threats. Further on, we will discuss current legislation drafts relating to shared accommodation and a modification of the directive on package tours.

EC is also preparing a draft of regulation on short-term rentals, which should, among other things, also relate to the access of public administration bodies to data on service providers in the area of short-term rentals, and to clarify obligations of the affected subjects. We will demand the new European rules to be based on transparency. In other words, to guarantee the identification of a person offering the service on the Internet by means of a platform. These two topics will be discussed at the European Tourism Forum in November. The Ministry of Regional Development will also handle debates on the European agenda for tourism 2030.

With the digital agenda being one of the long-term key priorities of the Czech Republic, it necessarily forms the core part of our political and sectoral priorities for the next 6 months.

We will support the development and building of telecommunications resilience and the creation of a sustainable digital ecosystem based on the narrative of open strategic autonomy and cooperation with third countries.

We should take full advantage of AI benefits and encourage its uptake in Europe while making sure that fundamental rights are protected in the light of its inherent risks. The ambition of the Czech Presidency is to continue discussions on the proposed regulation and secure a Council position by the end of our term.

Moving on to another priority dossier, the eID Regulation. With this ambitious proposal, we are looking at a massive advancement in how citizens use their identity and credentials in everyday contact with both public and private entities, and in how they employ digital services while gaining much more control over their data. Further, the concept of European Digital Identity Wallet shall remedy the lack of any credible alternative to emerging commercial products.

Further, we believe that the Data Act is a key building block of the European Data Strategy that will enable wider data use across the economy. It complements the two other major instruments shaping the European single market for data – the recently agreed Data Governance Act and the Digital Markets Act.

The Czech Presidency supports the acceleration of a digital transformation of our society and economy. We believe that the proposal on the Path to Digital Decade serves this purpose and demonstrates how it can be achieved fully in line with EU values, reinforcing our digital leadership and promoting human-centered, inclusive and sustainable digital policies empowering citizens and businesses.

Improving cybersecurity across the EU is one of the priorities of the Czech Presidency. The European Parliament and the Council were successful in reaching agreement on the NIS2 Directive – now it is important and urgent that also the EU Institutions, bodies, offices, and agencies will be able to reach the high common level of cybersecurity.

We will focus on the expected horizontal legislative act on the cybersecurity of ICT products and ancillary services – Cyber Resilience Act, filling the gaps in the EU cyber crisis management framework and the preparation of the Council’s conclusions on the security of supply chains of ICT products and services.

Our flagship event is the ministerial conference EU Secure and Innovative Digital Future, which will take place at the beginning of November in Prague.

In the field of telecommunications, we are awaiting a revision of the Broadband Cost Reduction Directive. Secure, effective, and speedy deployment of very high-capacity networks is the cornerstone of European digital ambitions.