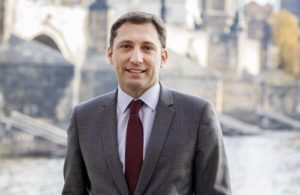 Although relations between France and the Czech Republic are ancient, the partnership between our two countries has been amplified, immeasurably, by the succession of our presidencies of the Council of the European Union in 2022. We have never worked together as much as during what I would call this Franco-Czech year for Europe.

This was the case in Brussels last year, as part of the preparation of the program for the trio of presidencies, which will end with the Swedish presidency in the first half of 2023. Our teams have worked, throughout the first half, to to advance an ambitious agenda of European sovereignty around the triptych « recovery, power, belonging », before facing, in exceptional unity, the consequences of Russian military aggression in Ukraine. France was able to count on the Czech Republic as a reliable partner.

This has also been the case since the beginning of this year here in Prague: during the French presidency of the Council of the European Union, our embassy in Prague organized or carried out more than sixty events or actions to embody and promote this presidency and the European dimension that connects us. France has been able to rely, in addition to its embassy, ​​on the French Institute in Prague, the French Lycée in Prague, CEFRES, the Franco-Czech Chamber of Commerce, France’s foreign trade advisers, our six alliances françaises, as well as on the French associative and entrepreneurial fabric present in Prague. France has passed the torch, but we can build together in the Czech Republic on what we have achieved this semester.

The French presidency was an opportunity to affirm European unity in the face of Russian military aggression in Ukraine, with a suite of six sets of robust sanctions as well as significant financial, humanitarian and fight against impunity support in the face of the war crimes committed. For the first time, in this respect, the European Union has used the European Peace Facility (EFF), to the tune of 2 billion euros, for the benefit of a non-member country, Ukraine, to can arm itself against the Russian invasion. This massive support for Ukraine, including for the reception of refugees in Europe, found its logical follow-up in June in the decision to grant the status of candidate to the European Union, supported by the French presidency.

But we have also decisively advanced the instruments for asserting a more sovereign, less naive Europe, capable of defining and defending its own interests, by and for itself. We have seen very concretely that the European Union is our common good, that European construction is what increases our nations, in a world that is now more brutal and marked by the return of strategic competition between powers. The work on the adoption of instruments of regulation, protection and fair competition was concretized under the French presidency, with the regulations on the markets and digital services with regard to the large platforms, with a strengthening of political governance of the Schengen area and a first agreement on the asylum and migration pact to strengthen the EU’s external borders, with convergence on adequate minimum wages and the place of women on the boards of directors of listed companies, with tools of fair competition such as the anti-subsidy instrument from third countries and the instrument of reciprocity in access to public contracts in third countries, or even with the adoption of the EU’s « strategic compass », which constitutes the first real “white paper” on European defence.

We have also made significant progress on the challenges of energy transition and independence. The French presidency obtained agreements within the Council on key elements of the package to reduce greenhouse gas emissions by 55% by 2030, known as « fit for 55 », in particular on the carbon adjustment at borders and the end of the marketing of combustion engine vehicles by 2035. The war in Ukraine and dependence on Russian hydrocarbons has shown in a striking and irrefutable way the importance of a Europe which is master of its energy sources, in compliance with our climate commitments. This is particularly the meaning of the actions carried out in close cooperation with the Czech Republic to successfully include nuclear energy in the recognized energies of the European taxonomy of sustainable investments.

We have great ambitions for the future of Europe. During his speech on May 9 in the European Parliament to conclude the conference on the future of Europe, the President of the Republic outlined the prospects for preparing us to move towards a Europe of 30 or 35 Member States. This implies preparing an EU capable of being effective in its decision-making, which in our view justifies an extension of qualified majority voting, for example for taxation and external relations. This also implies progress on the EU’s new own resources. This also requires ensuring the rigor of the EU enlargement process to consolidate the acquis communautaire. Finally, this requires ensuring the support of citizens, by taking up their proposals and ensuring the tools to protect our democracy and our freedoms. Finally, the President of the Republic proposed the idea of ​​a « European political community », which would complement the enlargement process and would bring together European states that share our values, members and non-members of the EU, both for political dialogue as well as for concrete projects, on energy, infrastructures and interconnections, mobility of young people, with the objective of giving concrete benefits to the citizens of Europe of what belonging to Europe is. One of these cardinal values ​​is respect for the rule of law, and we are delighted to see that this issue is one of the priorities on the agenda of the Czech Presidency of the Council.

Thanks to Vaclav Havel, we know that „Europe is a duty“, this formula having been taken up as the motto of the Czech Presidency of the Council of the EU. Our successive presidencies show us that the European Union is more than that: it is also a unique bond between us, and an opportunity, for France and for the Czech Republic, during this Franco-Czech year for Europe and beyond !