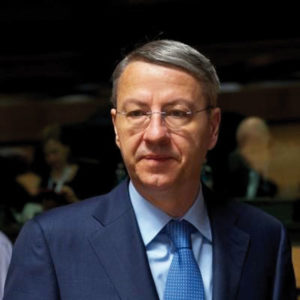 On 1 January 2019, Romania will take over its first mandate at the Presidency of the EU Council. The rotating Presidency will unfold at a crucial moment for Europe’s future, when widely shared answers to the current challenges faced by the EU will shape its architecture and decision-making process for the next decade.

In a challenging context both within EU and beyond, an ambitious, yet realistic and pragmatic approach will guide Romania’s upcoming mandate at the helm of the EU Council. Romania will focus on important political dossiers during a particularly dynamic semester marked by Brexit, the negotiations regarding the Multiannual Financial Framework for 2021–2027, the final stage of the reflection process on the future of Europe, as well as the elections for the European Parliament.

Romania defined its priorities as Presidency of the EU Council based on the ongoing legislative agenda at European level, as well as on a strong input from the society. The process of drawing up the main pillars of the working agenda has been completed after a wide consultation and public debate.

The Romanian Presidency of the EU Council aims to consolidate, through the joint efforts of the Member States and the European institutions, the unity and cohesion at the EU level. From this perspective, we have designed the Presidency working programme around the cohesion principle and consequently “Cohesion as a European common value” has become the motto guiding our mandate.

In our view, cohesion is a horizontal issue, touching upon many objectives that are important for the EU to pursue, especially the need for common approaches and jointly assumed initiatives. Furthermore, we have declined this principle in all the four pillars of our Presidency Programme.

The first pillar of our working programme is focused on the essentials of a converging Europe, namely sustainable development and bridging development gaps between different regions and different socio-economic categories, cohesion, employment and social rights, innovation and digitization, interconnectivity and competitiveness for a stronger Internal Market.

Acknowledging that the European Union is confronted with a wide range of risks and threats that challenge the security of our societies and the safety of our citizens, the Romanian Presidency will focus on ensuring a safer Europe, and thus promoting a cohesive response to these challenges.

In a world facing global challenges that ask for globally agreed solutions, we aim to contribute to the overall goal of facilitating the common efforts towards a stronger Union as a global actor, ensuring the continuity of the EU’s actions in the vicinity, as well as with respect to the enlargement policy. This goal requires political will to further advance on the implementation of the Global Strategy, providing the Union with the most appropriate external action instruments, preserving the EU common engagement towards the candidate countries and the potential candidates, as well as towards the partners in the EU’s neighbourhood.

Last but not least, the Romanian Presidency of the EU Council will further promote the EU common values and principles. We strongly believe that all EU’s policies and actions should be underpinned by this approach and that new efforts to fight discrimination and promote gender equality could serve this important objective that we all assume. Hence, we will pay a particular attention to the initiatives regarding reducing social disparities, ensuring equal opportunities, equal treatment between men and women, as well as providing access to education and training of disadvantaged categories.

We strongly believe in the EU’s chances of moving forward in a viable way, only through a united, inclusive and open approach for all Member States. There cannot be but one Union and this is a key message to reinforce citizens’ trust. Romania is fully aware of the great challenges ahead and intends to showcase its commitment towards building a stronger and more cohesive Europe during its mandate at the Presidency of the EU Council.