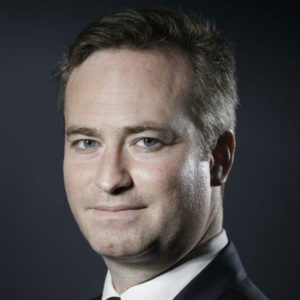 “Give me good cooks, and I will provide you with good treaties,” Talleyrand promised Napoleon, as he used our know-how to serve his negotiations. The importance we place on gastronomy and food is certainly a French specificity. The culture that has developed around this desire to “eat well” and to share quality products is anchored in our habits and punctuates our way of life. It is in this sense that the French gastronomic meal was recognized by UNESCO in 2010 as an Intangible Cultural Heritage of Humanity. Traditions and rituals are what characterize our meals and render them so convivial.

Preservation of traditions for conservancy and transmission. France is the country with the most starred chefs in the world, home of the Michelin guide, the List and many other gastronomic critics who serve as references. It benefits from state-of-the-art training in the fields of culinary crafts and hospitality. Acknowledging the vocation of this know-how, its transmission to future generations and its division amongst countries is essential and may even prove to be a solution to the 100,000 remaining job opportunities that are available each year in France in the hotel and catering industry! Developing tourism quality training on the international dimension in order to attract foreign talent and to convey knowledge is the goal of the label “Quality Training” awarded by the Conference of Quality Training in Tourism (CFET). [Similarly, the Good France operation led by the Ministry of Europe and Foreign Affairs each year organizes French dinners around the world by mobilizing local restaurants and embassies]. At the European level, creating links and dialogue between chefs, producers, artisans and teachers through such initiatives represents an additional opportunity for enrichment through the sharing of knowledge.

Preserved, transmitted, but also perhaps perfected and adjusted to the challenges of our time. The diversity of French gastronomy, which we owe to our terroirs as well as our know-how, is a unique and recognized asset. This great reputation in gastronomy confers on us a responsibility, that of stimulating global thinking on the meaning of our eating habits.

Indeed, while gastronomy is conditioned by our education and reveals the way we look at our environment, it is potentially a powerful force for change that could enable us to respond to major global public health and sustainable development issues. It is with this intention that the President of the Republic has wished that France organizes in 2020 the Paris Food Forum, an unprecedented meeting of scientists, philosophers, food sociologists, great chefs, gastronomic critics, professionals in the sector and journalists from around the world to jointly define the roadmap for responsible gastronomy. A gastronomy that can claim to be the gastronomy of the future: accessible, respectful of our health and sustainable in the long term, whether it is economically for the producers who are in charge or in regard to the environment.

This global awareness is necessary since the issues are global and countries are all interdependent. The Paris agreement of December 2015, the UN’s 2030 agenda and its Sustainable Development Goals, and the commitments made during the General Food Congress in the second half of 2017 are all examples of initiatives which invite us to a comprehensive sustainable approach to gastronomy. But it is first on the European scale that all is determined because that is where our capacity for action lies. Food and gastronomy are indeed at the crossroads of many public policies, all of which must be part of a European dimension if we really want to strive for an exemplary sustainable approach.

It is at the European scale that we shall draw up a strategy by negotiating very soon the new Common Agricultural Policy for the period 2021-2027 which will have to be a contract of confidence: historical public policy of the Union has never been so topical since it is an opportunity to reaffirm our values of transmission, diversity, and sharing which involve the safeguarding of landscape and heritage. France wants to carry out its vision for innovative agriculture at the service of “healthy eating”.

In practical terms, Europe, this coveted market of more than 500 million consumers, already allows us to make our voice heard on the international scene, to express our collective preferences and our tastes in terms of food. Balanced free trade agreements are a key lever for this: we must persevere in the paradigm shift in favour of a demanding European trade policy that protects the environment and European citizens, their health, and their intellectual property. Under these agreements, France is for instance very attached to the defence of geographical indications whose approach, which may be perceived as old-fashioned, is in fact of a surprising modernity. Canada, for example, has committed to recognizing 143 protected geographical indications, including 42 in France, such as the Espelette chilli pepper and the Oysters of Marennes-Oléron. This approach contributes to the enhancement of the European gastronomic heritage and to the tourist attractiveness of the continent’s territories, all of which have a unique gastronomic identity.

Finally, gastronomic heritage is a vector of attractiveness, development and economic growth for the territories. If one visitor out of three declares to choose France as a tourist destination to discover its gastronomy and its wines, it is because the diversity of our gastronomy is the reflection of the diversity of our countries and our terroirs. In Europe, there is not one but several gastronomic heritage and what brings the Europeans together is their ability to protect and promote them. The European Parliament resolution, voted in 2014 on the cultural and educational aspects of Europe’s gastronomic heritage, is part of this process of territorial development by recognizing the importance of gastronomy in their heritage and in their cultural expression.