Can you explain what the CPMR is, and your mission? 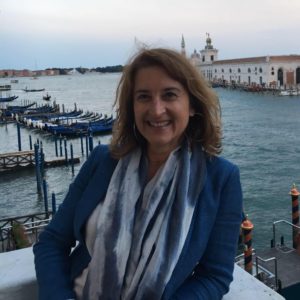 I am Secretary General of the Conference of Peripheral Maritime Regions (CPMR) which was created more than forty years ago now. We represent 160 member regions, which recognise the added value of an association like ours.

The CPMR was created to support the interests of peripheral and maritime regions. This involves daily work with the European institutions. Our goal is that all citizens from all over Europe feel that we are watching over them, their economic, social and territorial activities.

This morning there was a very important meeting with two European Commissioners on the future of Cohesion policy. What is the CPMR’s position on the subject?

Indeed, Commissioner CRETU, in charge of regional policy, and Commissioner OETTINGER, responsible for the European budget, spoke on Cohesion policy. The Budget Commissioner spoke about the previous announcement on 14 February, today announcing a drop of less than 5% instead of the 30% previously announced. This is better, but we need a more ambitious budget to continue the development of the peripheral and maritime regions and to fight against rising territorial inequalities.

We understand that many important challenges await us, such as security, control of our borders, and believe me our peripheral regions live them every day. However, the Cohesion policy budget should not be reduced to feed this news priorities, as important as they are.

I think we need to increase the EU’s budget to face these new challenges and to maintain an ambitious Cohesion policy.

Let us not forget the studies carried out by the Commission on the disparities between the regions of Europe and the problems of economic and social development which, by their nature, led to Cohesion policy and therefore to European investment funds for the regions. To continue to exist, some regions have a vital need for this policy.

Are you satisfied with this announcement of a 5% cut, instead of 30%?

It should be understood what the 5% is, before we welcome the Commission’s proposal. This still represents a cut in the Cohesion budget. Of course it’s better than the -30%, but we should wait until 02 May, when the Multi-annual Financial Framework (MFF) will be formally announced by the Commission to judge. It will then be necessary for the CPMR to turn to the Parliament and the Council to continue its actions.

In the meantime, the CPMR continues to mobilise to preserve a budget for Cohesion at the service of European citizens through the regional authorities, in general and peripheral and maritime regions in particular, worthy of our ambitions and those of Europe.